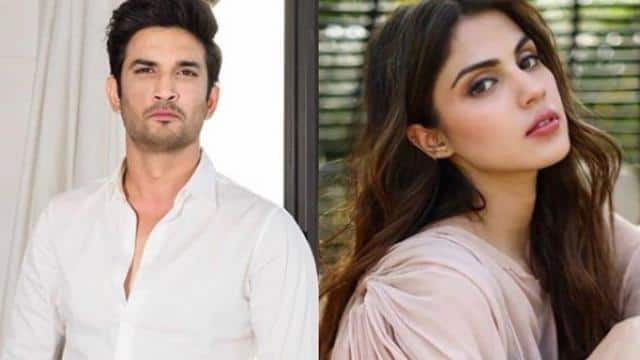 Actress Riya Chakraborty, who is facing charges of abetting actor Sushant Singh Rajput to suicide, on Thursday discussed her relationship with the late artist and denied that she was dependent on Sushant’s money.

Sushant’s family has accused Riya and his family members of misappropriating the late actor’s money. Riya denied the allegations in an interview with a TV channel. After the Mumbai Police, the Enforcement Directorate (ED) and the Central Bureau of Investigation (CBI) are investigating the case of the actor’s death from different angles. In relation to her much-publicized Europe trip with the late star, Riya said in an interview with Aaj Tak Channel that she had to go to Paris in connection with professional work.

Riya said it was Sushant’s idea to “travel to Europe” in this regard and Sushant canceled the tickets booked by the sponsoring company. He said that his brother met in Italy at the request of the late actor. Riya said, ‘He (Sushant) paid the rest of the trip and the hotels. He wanted it and I had no problem with it. I had a problem with how much Sushant was spending. But he lived a life of grace, he loved it. ‘

Riya said he once went on a trip to Thailand with his friends and spent “Rs 70 lakh” on that trip. Riya said, ‘… he lived like a star, he loved it … No, I was not dependent on the money of Sushant Singh Rajput. We were living as a couple. ‘ Asked why his brother Shouvik joined his Europe trip, Riya said that the three of them formed an artificial intelligence (AI) company named Realtyx and were named after him. Each invested Rs 33,000 in the company. Riya said that she was not on the list for Sushant’s funeral because the actor’s family members do not like him.

He said that she wanted to attend the funeral but dropped the idea at the suggestion of her friends as the family did not want her there. Riya said that her friends said ‘you will be insulted there, you will be thrown out. Your mental state is also not right now. ‘ When asked about the allegations that she was controlling Sushant’s lifestyle and staff, Riya called the allegations baseless and said that most of the employees were either hired by Sushant or his sister Priyanka.