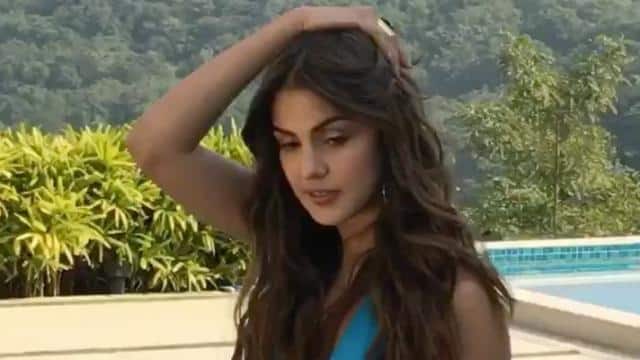 CBI’s interrogation of Riya Chakraborty in Sushant Singh Rajput case continues. Recently, Riya told during an interview that she left Sushant’s house on 8 June. Riya said that Sushant had asked her to leave the house and she was deeply saddened by it. Now after this statement of Riya, some of her social media posts are going viral which she made from 8 June till 14 June.

Riya meanwhile shared many of her glamorous photos. Not only this, on 14 June, Riya shared a video of her, in which she is seen near the pool.

Riya wrote while sharing this video, I am really missing the shoot. Okay bye. Riya also shared an angry emoji with it.

According to media reports, the CBI is trying to know more about the last hours from Riya Chakraborty in Sushant Singh Rajput’s death case. The CBI wants to know if he broke up with Sushant on 8 June. If so, what was the reason for their breakup.

Sushant Singh Rajput case: After all, why did Riya get angry, why argue with CBI officer?

Apart from this, the CBI asked Riya during the investigation that from 8 to 14 June why did he not ask about the health of Sushant? So the actress told that she had inquired about Sushant’s health through his brother Shouvik Chakraborty.