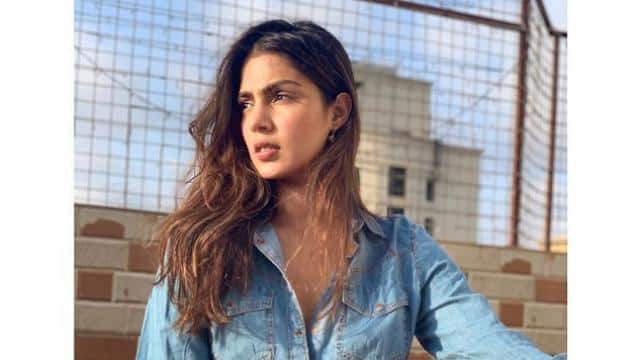 In the Sushant Singh Rajput case, the CBI has registered an FIR against 6 people, including Riya Chakraborty. In a recent interview given till Aaj Tak, Riya said that she is getting the punishment for I Love You. Actually, Riya said about the beginning of her relationship with Sushant, ‘We met in 2013. My first film was released and Sushant’s Kai Po Che was about to be released. We met then and we had a good bonding. We used to share all things with each other. Used to share his grief ‘.

Riya told, ‘We met again at Rohini Iyer’s party and then our relationship started. Sushant used to say that he fell in love with me in a single day. I again told him that I will take at least 2-3 months because I love you, it is a very big thing to say. But then I did not know that I will get such a big punishment for that I love you ‘.

My reason is that I love Sushant

Let me tell you that on the day the Supreme Court ordered a CBI inquiry, the DGP of Bihar had said that what is the meaning of Riya that he should speak something about the Chief Minister of Bihar. However, after this, he also gave clarification on this.

Riya responded in a way without taking the name of Bihar DGP Gupteshwar Pandey in the interview. Riya said that someone has told me what my position is. My reason is that I love Sushant. Someone has also called me Vishkanya. Someone said that I do black magic, how do they know?

Riya Chakraborty told what had happened in the mortuary, said- I saw her body for 3 seconds and touched her feet

Why did the CBI want to investigate the Sushant case?

Riya Chakraborty said that I do not know what happened from June 8 to June 14. That is why I demanded a CBI inquiry. I had to know what happened in the last week. If the CBI is investigating this, the truth will be revealed. I have full faith in Mumbai Police, ED and CBI.

30 million followers of Urvashi Rautela on Instagram, told fans – thank you for giving me love