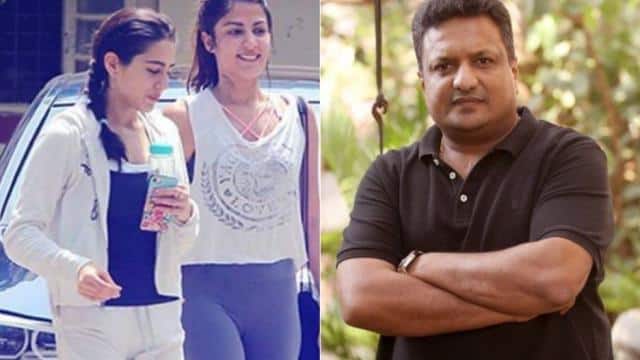 Riya Chakraborty has made many revelations in the late Bollywood actor Sushant Singh Rajput case. Actually, Riya is currently in judicial custody till 22 September. NCB has arrested Riya and her brother Shouvik Chakraborty in the drugs case. During the interrogation of CBI, ED and NCB, Riya Chakraborty named three people from the Bollywood industry who are involved in drug transactions. It features Rakul Preet Singh, Sara Ali Khan and designer Simon Khambata. Fans are quite shocked to hear the names of these three. As soon as this news came out on social media, the director of the film Kaabil came in support of Sara Ali Khan.

Sanjay Gupta raised several questions while objecting to Fake News. He tweeted and wrote, ‘Sara Ali Khan is also someone’s daughter, just like you are and I have my own daughter. Is there any shame left inside you? Together you are spoiling the career of a young girl. ”Many people supported Sanjay Gupta on Twitter. Supported them.

Three months on the death of Sushant Singh Rajput, Ankita Lokhande became emotional, wrote – You will always be in our memories

John Abraham spoke openly on nepotism, said- either work or just sit and dissolve the poison

Let us tell you that Riya Chakraborty has given a statement of about 20 pages to NCB in which she has written the names of celebs who have consumed drugs with Sushant. Riya also says that parties were held at Sushant’s farmhouse, where drugs were supplied. Many Bollywood stars used to attend these parties. Sushant was introduced to drugs by a top filmmaker.

LIC Money Back Plan: You can get 19 lakh rupees for only 150 rupees, this is the whole scheme