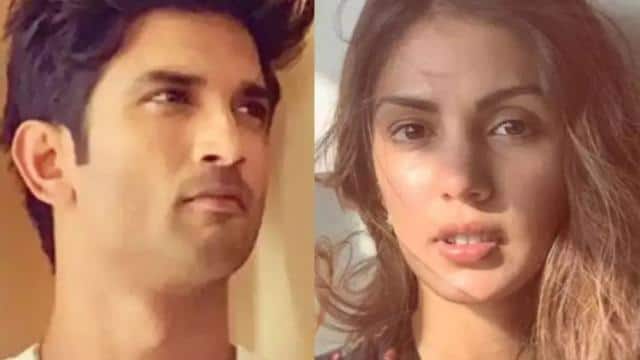 Bollywood actress Riya Chakraborty has named many Bollywood celebrities in drug transactions. According to reports, around 25 people are involved in drug dealing. NCB will inquire soon by issuing summons against all these. Now the news is coming that Riya Chakraborty has given a new update to the Narcotics Control Bureau in Sushant Singh Rajput death case. Riya says Sushant was introduced to drugs by a top filmmaker. However, the name of this filmmaker has not been revealed yet.

Riya Chakraborty has also stated that he took filmmaker Sushant to several drug parties where he was exposed to cocaine, maroona and LSD. According to CNN News 18, Riya Chakraborty said that all this information was given to her by Sushant during her relationship. Apart from this, he also told about how the actress is misbehaved in the film industry.

Riya has named two powerful and famous stars who were involved in drug dealing with Sushant. According to reports, Sushant’s farmhouse was used for Bollywood drug parties. However, Riya said that she never attended these parties. But it definitely told that some actors used to supply drugs in those parties in a wrong way.

According to the Times Now report, during interrogation, Riya Chakraborty has named many Bollywood celebrities. Along with this, he has also named directors and producers who are involved in drug transactions. Apart from this, the actress has also mentioned Bollywood parties in which drugs are taken. According to the channel, NCB will issue summons and inquiries against all in the next 10-15 days.

Ankita Lokhande shared the post, wrote- Choose those who choose you

Recently, Riya Chakraborty told how Sushant Singh Rajput started taking drugs during the film Kedarnath. At the same time, the actress’s lawyer Satish Manashinde had issued a statement saying, “Riya had not been taking drugs since Sushant Singh Rajput’s life even when she did not come.” Riya came to know about drugs when Sushant was shooting for the film Kedarnath in 2016-17. Sushant did not start taking drugs after Riya’s arrival. Sushant was taking drugs, in which he was denied drugs by the doctor. Sushant enjoyed life and finished himself. Shauvik Chakraborty and Samuel Miranda are being questioned in relation to the actor’s death, which is wrong. ‘

‘I got addicted to drugs’: Kangana Ranaut’s video viral