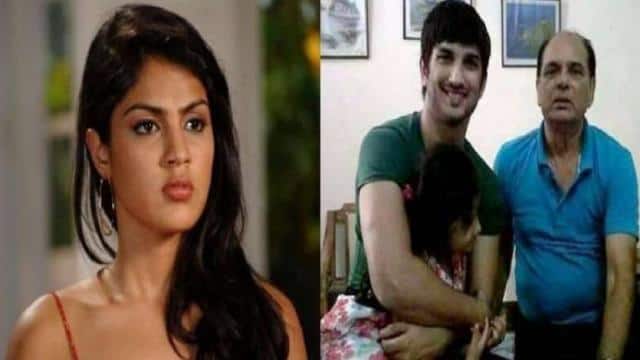 In the Sushant Singh Rajput suicide case, a new evidence or a new disclosure comes out every day. In this case yesterday, ED has interrogated Riya Chakraborty and her brother Shouvik for hours in connection with Sushant Singh Rajput’s bank account. Riya and Shauvik were partners in Sushant’s four companies. Meanwhile, in the interrogation of ED, Riya Chakraborty has made many serious allegations against Sushant’s family. According to the news, Riya kept avoiding answers to many important questions, saying ‘I don’t remember anything’ in this inquiry which lasted for about 9 hours.

Significantly, Riya Chakraborty, Shouvik Chakraborty and Shruti Modi have been charged with money laundering. In 2019, Sushant Singh Rajput had about 50 crores in his account, which is now only a little over 1 crore. And there have been a lot of transfers from their account to Riya and Shouvik’s account. In this case, something new is being revealed everyday. Let us tell you that Sushant Singh Rajput and Riya Chakraborty first met on 14 April 2019, in which Riya often started staying with Sushant in his house within 7 – 8 days. Meanwhile, within a week, she started partying on Sushant’s credit cards. Riya and Sushant’s call details reveal that Riya has spoken with Sushant, his flatmate Siddharth Pithani, House Keeping Manager Samuel Miranda and PR Manager Shruti Modi. Riya talked to Sushant only 147 times.

Riya did not cooperate with ED, actress lawyer gave this clarification