Ritvik Dhanjani shared a video with roomy girlfriend Monica Dogra, Fanel said – we just want to see you and Asha together 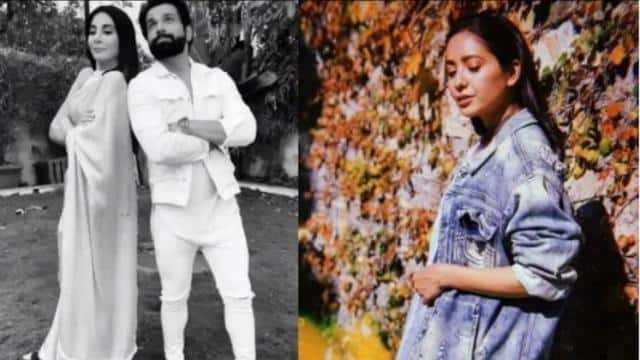 There are very few celebs whose fans admire the pair. Otherwise, they mostly fall prey to trolls. Recently, Ritvik Dhanjani’s girlfriend was in breakup with Asha Negi. It is now being said that Ritvik Dhanjani is in a relationship with actress Monica Dogra. In such a situation, the fans have become angry and troll them.

Actually, Ritvik Dhanjani shared a fun video of Monika Dogra shooting on set. He wrote, “Old set on the set.” Monica responded, “Who is Moni?” Stealing my video. ” Ritwik then wrote, replying, “This is my sausage finger.”

Fans are saying that he only wants to see Asha Negi with Ritwik. One user commented, “It was very bad to see that couple falling apart, that too. Seeing the separation of Ritwik and Asha, faith has arisen out of love. ”

Some time ago, after a post by Monica Dogra went viral, news of their relationship started coming. Monika wrote a long post for Ritwik. Through this post, Monica told about her first meeting with Ritwik. Along with this, while praising Ritvik, Monica also spoke I love you to the actor.

Ankita Lokhande shared dance video in memory of Sushant Singh Rajput, fans said- I wish you both would be together

Monica wrote, “We met in the dining hall. Spinach was stuck in my teeth and they did not tell me. I then went to the washroom and I saw something stuck on my teeth. I came back and I asked Ritwik that you did not even tell me that there was something stuck in my teeth. Giving a big smile, Ritwik said, “I wanted to become a gentleman.” After that he always remained my support. He was with me whenever I felt scared. “

Monica further wrote that we could not roam the way I like, but let me tell you that this man is like a light in my life. He is a tremendous actor. I am very excited to work with Ritwik. When we first met, we were about to die together and now we are going to work together. For now, all I can say is be around those you love. Do what you like. I don’t want to get it Granted. Ritwik you are a wonderful person. A strong artist. Thank you for fighting for me. I love you.