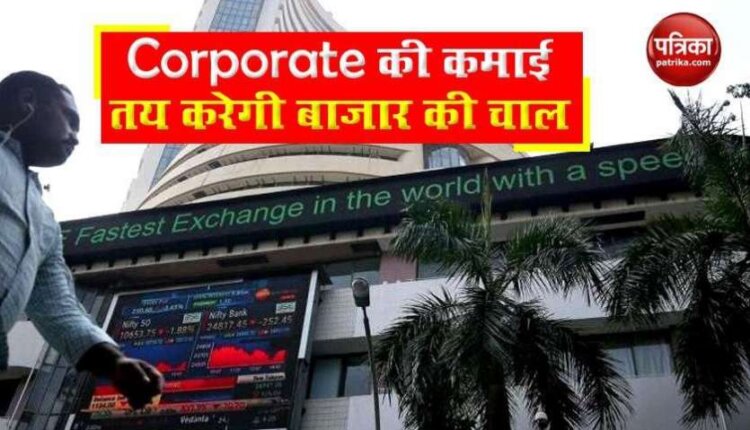 new Delhi. There has been a boom in the share market for the past few weeks, which is the main reason for the continuous rise in Reliance Industries share price. The coming week is also expected to remain in the name of Reliance. The reason for this is the announcement of RIL’s quarterly results (RIL Q1 Result). Which is expected to be better. On the other hand, many other companies like Maruti Suzuki ( Maruti Suzuki ), HDFC, IOC, Bharti Airtel ( Bharti Airtel ), The impact of the quarterly results of Tech Mahindra companies can also be seen in the stock market. In addition, the Fed may also announce its policy rates on behalf of the American Fed Reserve in foreign signals. Apart from this, the effect of tension between US and China can also be seen in Indian markets.

Foreign signs will also be affected
On the other hand, the US Fed Reserve may announce policy interest rates on Wednesday. On the other hand, the economic data released in China, Japan and Europe may also have an impact on market movements. The shadow of corona virus infection deepening in the country and abroad is expected to remain on the stock market. At the same time, the effect of tension between America and China can also be seen in the market.

The market was seen for the sixth consecutive week
The special thing is that amidst the deepening crisis of the corona virus, the Indian stock market has been growing rapidly for the past six weeks. Talking about the past week, the Bombay Stock Exchange’s flagship index Sensex closed at 38,128.90 with a score of 1108.76. At the same time, the National Stock Exchange’s leading sensitive index Nifty 50 closed at 11,194.15 points with an increase of 292.45 points. Apart from this, the BSE Midcap has gained 171.80 points. The BSE Smallcap closed with a gain of 184.02 points.