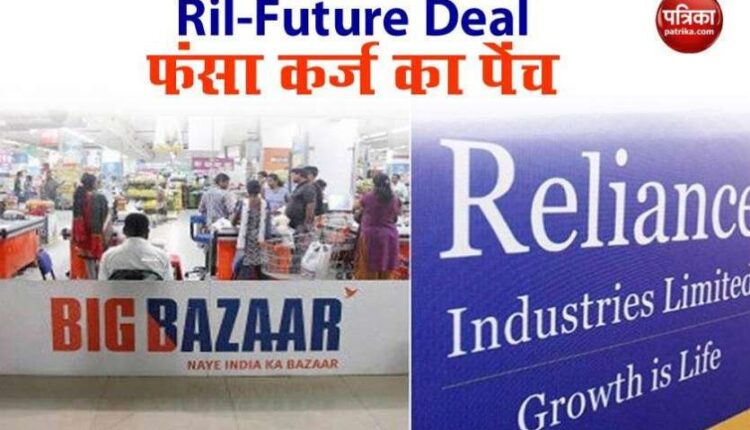 new Delhi. For the past two months, the news of the Reliance Future Group deal (Ril-Future Deal) is hot. Although the deal is not yet final, the matter is stuck in the last stage. According to media reports, the deal may be concluded in 10 days in the coming days between the two. According to the information, the deal is stuck due to Kishore Biyani Debt, the owner of Future Group. He has a debt of 2000 crores rupees. Negotiations are on between the two companies.

Also read: Kotak and Axis Bank accused of fraud of Rs 1200 on Cox And Kings

Deals worth about 23 thousand rupees
According to media reports, Reliance Industries has made up its mind to name the retail business of Future Group. The enterprise value of which is about 23 thousand crores. Which includes the company’s debt. According to media reports, Mukesh Ambani is also planning to buy 10 to 15 percent stake in Future Group’s FMCG business Future Consumer.

Deal can be done in a week and a half
According to media reports, the Future Group had a total debt of 12,778 crore as of 30 September 2019. This debt came to Rs 10,951 crore as on 31 March 2019. According to experts, the deal between Reliance Industries and Future Group can be completed in a week and a half or 10 days. After which Mukesh Ambani will become India’s largest retail business. After which they will start the process of Reliance Retail Disinvestment.