Rental Housing Complexes Scheme: The house will get less rent from this scheme, the problem of eating will also be away 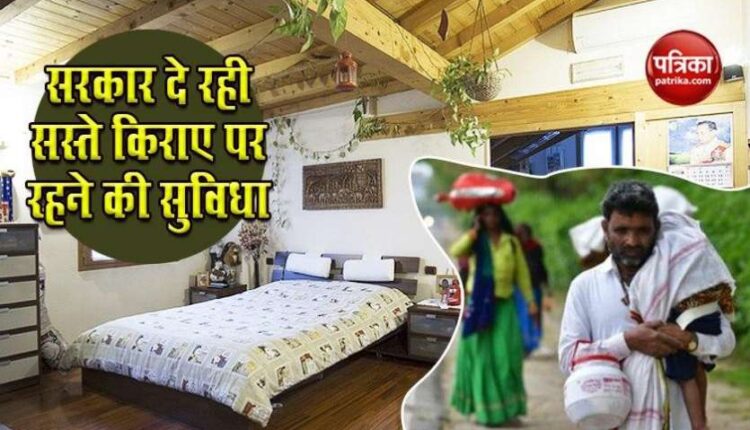 new Delhi. Many workers have become unemployed due to the lockdown. The employment of street vendors has also come to a standstill. Most of the people had returned to their villages. But since unlocked, they are moving to cities in connection with work again. But where they stay in such difficult times, this is the biggest challenge. To overcome this problem, Modi Government has launched Affordable Rental Housing Complexes Scheme. In which the poor people will be provided housing facilities at affordable rent. Not only this, they will also be given free ration.

The scheme was announced by the government under the Self-Reliant India Scheme. Under this scheme, houses will be provided to the poor and laborers in urban areas to live in low budget around their work areas. This will save their transportation cost. In order to enable people to get houses for less rent, the vacant residential complexes prepared with central government funding are being prepared for this. A 25-year concession agreement will also be prepared for them.

In the Rental Housing Complex Scheme, arrangements are being made to ensure that the poor do not have problems with other basic needs including electricity and water while staying in a rented house. Only then, 24-hour water facilities, sewer, sanitation, road and other works are being repaired by the government. About 3.5 lakh laborers are expected to benefit from this. Apart from this, under One Nation One Ration Card scheme, you can stay in any corner of the country and take ration in that state. In the Corona period, this scheme has been linked to the poor welfare scheme. Therefore, 80 crore ration card holders will be able to get food grains by November.