Relief Package: To revive the economy, the Finance Minister announced a total of eight measures 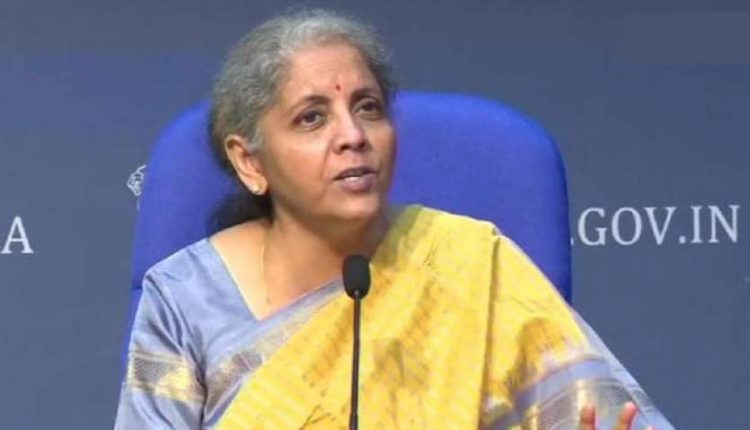 New Delhi. Finance Minister Nirmala Sitharaman announced a relief package on Monday to revive the economy of the entire country. In the past, the country’s economy was deeply affected due to the lockdown after the Corona epidemic. The Finance Minister said that a total of eight measures have been announced. Four of these measures are completely new. In this a new relief package related to health has also been added.

The Finance Minister has announced 1.1 lakh crore loan guarantee scheme for the Kovid affected sector. Such a scheme will help the areas affected by the corona virus. Apart from eight metros, the government has fixed a budget of 50 thousand crores for the health sector in other cities. At the same time, 60 thousand crore rupees have been announced for other sectors.

Last year also the government had announced the credit guarantee scheme. This time a provision of additional loan of Rs 1.5 lakh crore has been made under the Emergency Credit Line Guarantee Scheme (ECLGS). First of all, Rs 3 lakh crore was announced in this scheme. Now its scope has increased to Rs 4.5 lakh crore. All sectors will benefit from this.

25 lakh small entrepreneurs will benefit from the credit guarantee scheme. In this, the rate of interest will be Marginal Cost of Funds Based Lending Rates (MCLR plus) 2 percent. Its time period has been made up to a maximum of three years. Its benefit can be availed till 31 March 2022.

The Finance Minister said that in the Rabi Marketing Season 2020-21, 389.92 lakh metric tonnes of wheat was purchased in the agriculture sector. At the same time, 2021-22 432.48 lakh metric tonnes of wheat was procured. A record payment of more than 85 lakh crores has been made. At the same time, there was a benefit of Rs 14 thousand crore in subsidy for all types of nutrition including DAP. This directly benefited the farmers.

Under the Pradhan Mantri Gramin Anna Yojana, 5 kg rice and wheat grains have been provided per month to 80 crore people last year. This time too, this scheme was started for the poor of the country from May to November. No one should go hungry in this crisis. 93869 crore will be spent on this scheme. In this way, the total expenditure for this scheme in the last year and some years together will be Rs 2 lakh 27 thousand 840 crore.