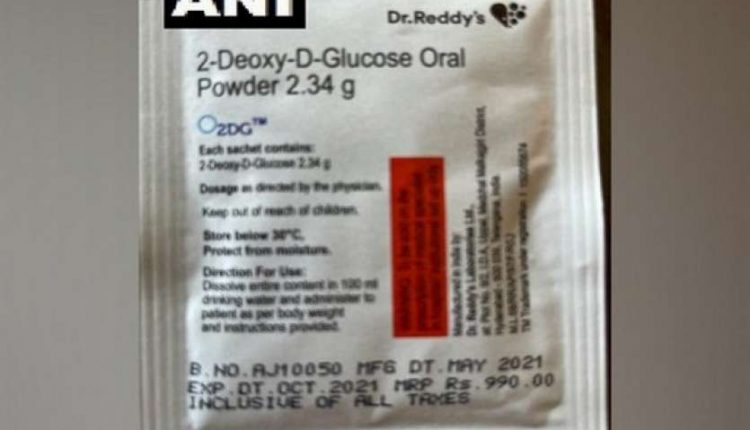 Its name and price have also been fixed. The anti corona virus drug will be sold in the open market under the name 2 DGTM. The cost of one sachet of corona virus medicine is said to be Rs 990.

Read More: Withdraw cash from SBI ATMs and branches will be expensive

Got the green signal in May

The Defense Research and Development Organization (DRDO) has given permission for the emergency use of a drug that will prove to be helpful in fighting corona infection. This drug will be called 2-deoxy-D-glucose (2-DG). It has been approved by the Drugs Controller General of India (DCGI). Hyderabad’s leading pharmaceutical company Dr Reddy’s Labs is preparing this medicine.

Subsidy will be available in government institutions

Dr Reddy’s Lab says that initially the company will sell the 2DG drug in hospitals and big cities in the metropolitan cities of the country. After this, 2DG will also reach these other areas of the country. According to Dr Reddy’s Lab, it has been commercially launched in the market under the name 2DG. Its price has been fixed at Rs 990. Government institutions can get its dose at subsidized rates.

With the help of DRDO, the Institute of Nuclear Medicine has prepared 2-DG. 2DG has proved to be effective on serious patients with mild symptoms of corona. The biggest thing is that it can reduce the dependence on oxygen of serious patients of corona virus.

DRDO says that the corona virus drug will be available in the form of 2 DG powder. It will be taken by mixing it with water. This drug starts showing its effect by collecting in the cells infected with the corona. The special thing about the drug is that it identifies cells infected with Kovid.