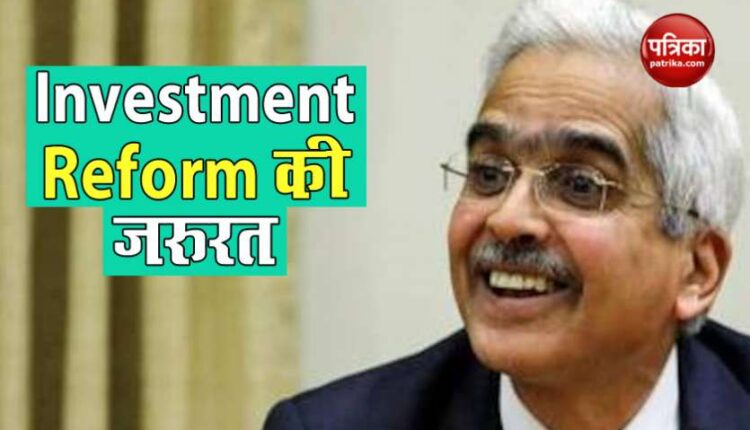 new Delhi. In the RBI 2019-20 Annual Report, it has been made clear that if the Investment Reform in the country is not taken care of, then it is difficult to move ahead of the Indian Economy. The report says that due to Coronavirus Crisis, there has been a significant decrease in economic activities in the country. Due to which the production and supply chain has been greatly affected. Cost cutting has reduced costs and investment has become extremely weak. Due to which the report has said about investment reforms. If no further work is done in this soon, then improvement in economy is not possible in the coming days.

4 and a half trillion dollar investment required
The RBI’s annual report focuses on increasing investment and reforms. In the report, the RBI has said that in the second quarter also the economic activity will be affected by the corona virus. Corona virus has seen a decline in both production and supply chains. According to the report, to increase this, there is a need to increase government and private consumption. This can result in recovery in the coming days. The Reserve Bank has mandated the reform for investment. The Reserve Bank said that by 2040 it has indicated a need to invest $ 4.5 trillion in infra.

Income of RBI has reduced
According to the report, the total gross income of RBI in 2019-20 has been seen at Rs 1.50 lakh crore. 1.95 lakh crores as against the same period last year. As of June 30, RBI had a total deposit of Rs 11.76 lakh crore. The RBI 2019-20 Annual Report states that consumption of urban areas has shown a decline during this period. Rural demand has been better than in cities. It will take time for consumption to improve and conditions become normal. Growth has been impacted by the migrant crisis and dwindling employment. The report states that it will take time to return demand as before.

EPS: Government can give gifts to those with private jobs, preparations to increase…