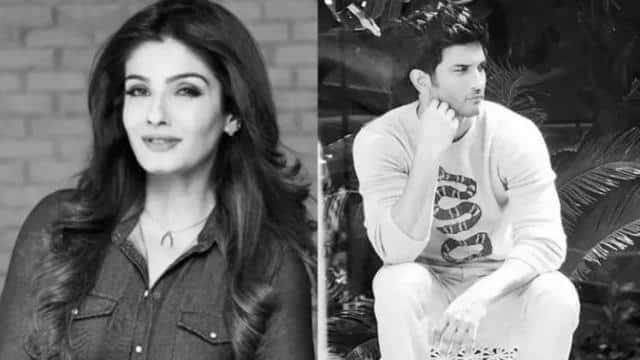 Bollywood actress Raveena Tandon was openly expressing her views on the late actor Sushant Singh Rajput case. Now that the Supreme Court has decided that the actor’s case be handed over to the CBI, Raveena Tandon is very happy. Talking to ETimes, Raveena Tandon said that I am happy that the case has been handed over to the CBI. We all want to know what has happened and what is the truth. Everyday, the things related to the case which were exposed were getting worse. Now the time has come that if anything wrong has happened, then it came to the fore. The accused should be punished. Sushant’s family are in a lot of pain.

Let us tell you that many Bollywood celebs have reacted to this decision of the Supreme Court. Apart from Anupam Kher, Kangana Ranaut, Sanjana Sanghi, Kriti Sanon, Ankita Lokhande, Rohit Roy, Zarine Khan, Kamya Punjabi, Shekhar Suman, Studh Suman and Aditi were among others.

Kangana Ranaut did a verbal attack on Deepika Padukone, said – the public showed their status to those who were running the business of depression

On the SC decision, the niece of Sushant Singh Rajput shared an emotional post, saying – Gulshan Mama, we are all fighting for justice.

Earlier, Sushant’s close niece Mallika Singh shared an emotional post and paid tribute to Gulshan Mama. He wrote that where there is a will, there is a step, a step taken after every difficulty. May your soul rest in peace, Gulshan Mama, we are all fighting for justice for you. Everywhere Shiva. The case has been handed over to the CBI. Along with this, Mallika Singh has also shared a photo of Lord Shiva. Also blindfolded Lady Justice.