Rashmi Desai told that mother did not even have to give 350 rupees to dance class. 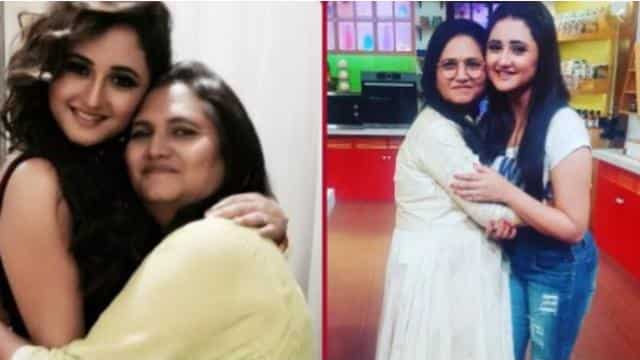 TV actress and ‘Bigg Boss 13’ contestant Rashmi Desai has spoken openly about her personal life and being raised by single mom. He has told the fans about life’s struggles. Recently, Rashmi Desai told in an interview how much she loved to dance. There was such a shortage of money that mother Rasila Desai did not have to pay only 350 rupees to dance class.

Rashmi Desai says that my mother was a teacher in a government school. He spoke to the dance teacher and said that I am single mother and I do not have the money to pay the dance fees. Please take it in your class. I started with Bharatanatyam and in the third year I started learning Bollywood dance.

At the same time, Rashmi Desai’s mother Rasila Desai told that she changed the name of Rashmi three times. First Shivani, then Divya and after this she placed Rashmi. She was worried that the family and society would not adopt Rashmi’s acting profession. Rasila Desai says that I was a single mother. There was no one to support me, not even a husband. This is the first girl in our cast to step into this field. Our entire family is very educated and does not consider acting as a career. But, I supported my daughter. I was afraid of society and family, so I renamed it. But when I got along with my sister, I dared.

Let us tell you that Rashmi Desai has worked in many superhit serials. This includes ‘Dil Se Dil Tak’ and ‘Utran’. Recently she was seen in ‘Bigg Boss 13’. Rashmi Desai’s relationship with boyfriend Arhan Khan was in the news during this show. But later when Rashmi Desai came to know the reality, she broke up with Arhan Khan.