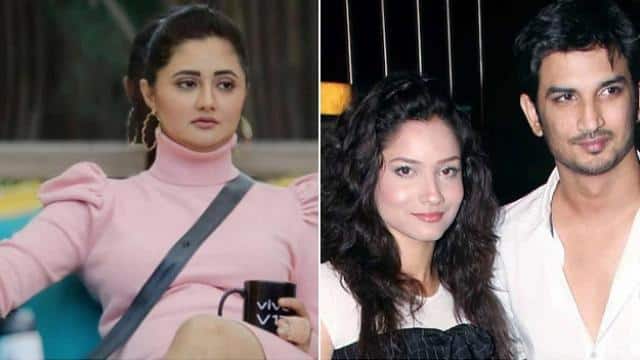 Riya Chakraborty’s friend Shibani Dandekar recently accused Ankita Lokhande of gaining fame over the death of Sushant Singh Rajput. After this comment from Shibani, Ankita wrote a long post on Instagram that she has been working for so many years and she does not need fake fame. After Ankita’s post, her friend Rashmi Desai has written a special post about the actress.

This is said on the relation of Sushant and Ankita

Rashmi wrote, ‘People are commenting wrongly about the relationship between Sushant and Ankita. Rashmi’s relationship was never bad. Sushant had decided to break away from this relationship, whatever may have been his reason. Ankita and Sushant always supported each other even when the two were not together. Ankita was close to Sushant’s family even after the breakup and now some people who don’t even know Sushant and Ankita are misinformed about him. ‘

@ anky1912 I know who you are and the entire country knows who #ankitalokhande is 💓 pic.twitter.com/94bn0wWRMC

Rashmi wrote, ‘When Sushant was trying to make a place for himself in Bollywood, Ankita supported him. Ankita had a big name at that time and still is today. Ankita has seen Sushant’s life, his career very closely.

Neena Gupta spoke about her husband – he says you have framed me, so I said, go sad

Rashmi further wrote, ‘I have no problem with Riya personally. I also believe that the media coverage that Riya is getting is also wrong. People are saying good and bad about each other. While some people are praising one person, some people are doing evil to the same person. This is going on in 2020.

Post Office launched Five Star Village Scheme, know how you will get benefit?