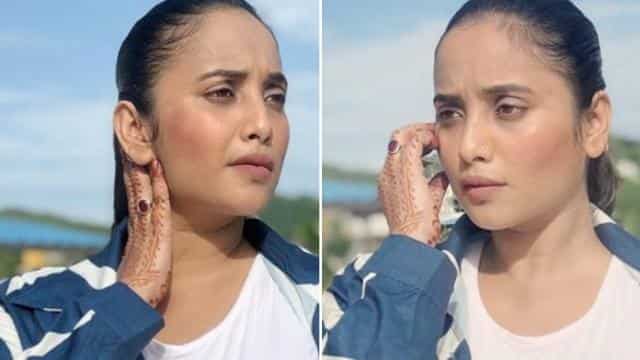 Bhojpuri actress Rani Chatterjee has created a special place in the hearts of people with her work. Along with this, she stays in the headlines with her pictures. Now she has shared her new photos on Instagram account, which is being very well liked. Along with this, he has also disclosed his relationship status.

In these pictures, Rani looks quite beautiful and glamorous. She shared photos that she is single and very happy. He wrote in the caption ‘Yes, I am single. This means that I do not need anyone to run my life. This gives me confidence. ‘

“I am playing a relationship with myself and I am very happy about it.” I am very happy in this relationship because I am not afraid of breaking my heart. ”During a recent exclusive interaction with Live Hindustan, Rani revealed which superstar she wanted to make her Bollywood debut with.

During the conversation, Rani was asked if she ever got offers from Bollywood? In response to this, he said, ‘Yes I got many offers, but did not get any big work. I want to do some big work over there. ‘

After this when she was asked with whom would she like to make a Bollywood debut? So he took the name of Salman Khan. Rani said, “I think Salman Khan is an actor who will have a crush on our mothers, daughters and I think our upcoming daughters too.”

He further (laughs) said, ‘Salman Khan is single. They haven’t married yet, so I have a crush on them. ‘ Apart from this, Rani also said that she too is single.