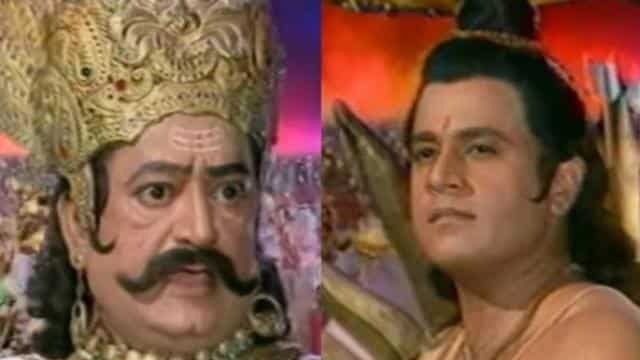 Actor Sunil Lahiri played Laxman in the popular serial Ramayana, in which his work was well received. He has been telling interesting stories related to the shooting of Ramayana to his fans for some time. Now Sunil has told that the scene of Ram and Ravana’s war was shot by jugaad so that more army can be seen on the screen.

Sunil has shared a video on his Twitter account, in which he is telling, “In yesterday’s episode you must have seen that there is a war between Ram and Ravana. A large army is fighting behind Rama and Ravana, but the fact is that it was shot with very few people. Because a lot of people had come at the time of the earlier episodes but this time the villagers did not come. Then a mind was put on how to show a very large army. ”

Large mirrors were called for. Of 8-8 feet. They were placed all around inside the studio and just one space was left vacant. If mirrors are placed all around you, you will see that your image will show multiple times. In this way, the camera was placed on an empty space. During this time it has been taken care not to show the camera in the mirror. By doing this, many people were also seen in the mirror. Because of this, such a large army was seen behind Ram and Ravana. ”