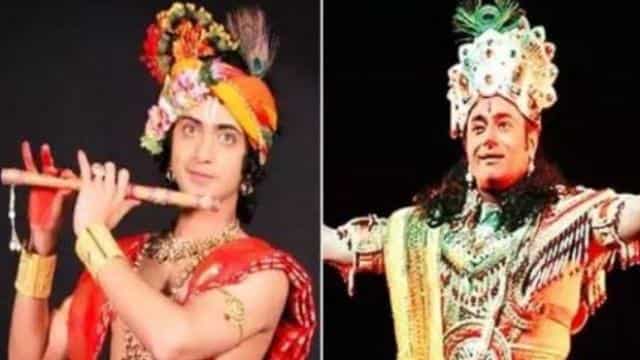 ‘Radhakrishna’ fame Sumedha Madgalkar followed Nitish Bhardwaj for the role of ‘Krishna’. He learned his character in the serial by watching them on TV. He understood how to play the character of ‘Krishna’, seeing Nitish.

‘Krishna’ Akka Sumedha Mudgalkar of ‘Radhakrishna’ show has created a special place in the heart of the audience. He has entertained the audience by playing a beautiful character, and has also won his heart. Sumedh Mudgalkar says that many people have been inspired by BR Chopra’s ‘Mahabharata’. I used to watch this serial in my childhood. In this serial, I was greatly inspired by the character of Nitish Bhardwaj. And when I came to the serial of ‘Radhakrishna’ and came to know that he was finalizing me for the role of ‘Krishna’, I was very happy.

Sumedh further says that when I started preparing for the show ‘Radhakrishna’ I tried to read, watch and learn more and more about the characteristics of ‘Krishna’. My first recollection of ‘Krishna’ comes from the stories narrated by my grandmother. The second remembrance, from the depiction of ‘Sri Krishna’ played in the Mahabharata, which I used to see in my childhood.

To save sister Alka from Corona, Akshay Kumar booked the entire Mumbai-Delhi flight

When I think of the character of ‘Krishna’, I remember Nitish Bhardwaj sir and his name comes first in my list. This happens all the time! I still remember that I used to watch episodes of ‘Mahabharata’ immediately before the shooting of ‘Radhakrishna’ show. I have always been a fan of his.

Let us tell you that Sumedh Mudgalkar is spending quality time with the family due to the lockdown. Filming of films and TV serials is currently closed.

A bus costs so much to send migrant laborers home, Sonu Sood told himself