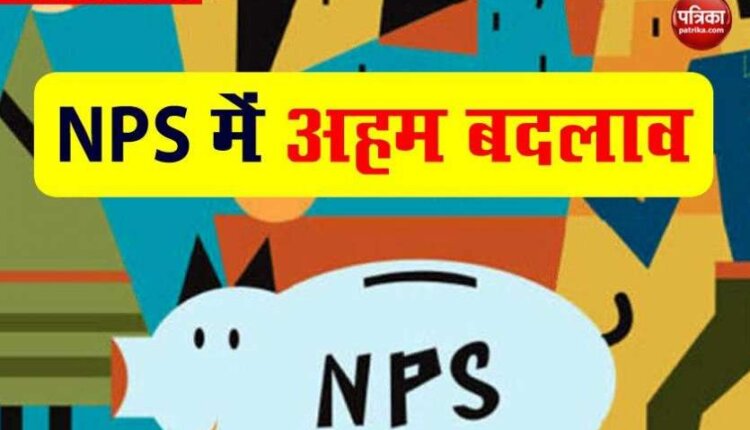 new Delhi. Big news has come out for the customers of the National Pension Scheme. Soon you will be able to invest under your scheme through Systematic Investment Plan (SIP). The special thing is that it will work in the same way that Mutual Fund does. After the introduction of this facility, the rupee will be deducted from your account at the specified limit. Don’t worry, this feature will not start in your scheme without asking you. This facility will be started only after your consent. In case of not availing the facility, you will have to submit the installment of the scheme every month.

This facility will be launched soon
Work is going on from NSDL to start this facility. However, when this facility will be started, it has not been announced. According to experts, auto debit will make the job of retail investors much easier. A few days ago, the government has included the NPS Tier 2 account in section 80C of Income Tax. Earlier there was no lock-in option in it. Now you have to invest continuously for 3 years. Now its limit has been reduced to 1.5 lakhs, which can include schemes like ELSS in addition to life insurance contribution.

When did NPS start
– National Pension Scheme was started in January 2004.
– Firstly this scheme was for government employees.
– In 2009 the scheme was opened to all.
– The employee keeps depositing money continuously in the fund till he retires.