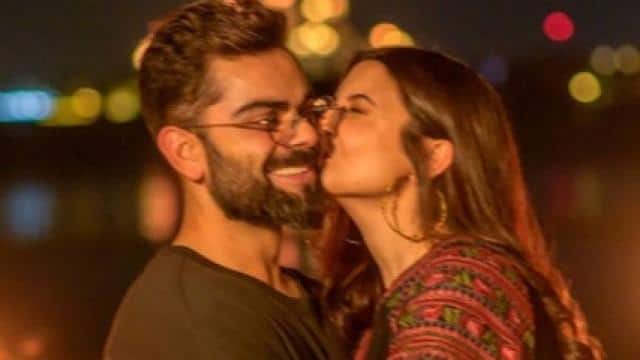 In the first photo, Anushka is seen hugging Virat. At the same time, in the second photo, Anushka is seen kissing on Virat’s cheek. In these photos, tremendous bonding of the couple is seen. Posting the photos, Anushka has shared a heart emoji in the caption. Fans are commenting on the photo and reacting. Anushka’s post has received more than 26 lakh likes.

Earlier, a video of Virat Kohli’s birthday celebration went viral. In this video, Virat can be seen cutting the cake. Anushka wishes him a birthday by feeding him cake. At the same time, Virat is seen kissing on Anushka’s cheek and then doing hag. In the video, Anushka Sharma is seen flaunting her baby bump. On the occasion of this celebration, Virat, who was captaining Royal Challengers Bangalore in IPL 2020, was also involved.

Talking about Anushka’s professional life, she was last seen in the film Zero. Shah Rukh Khan and Katrina Kaif were in the lead roles in the film with him. However, the film proved to be a flop. Anushka has not signed any film since this film.