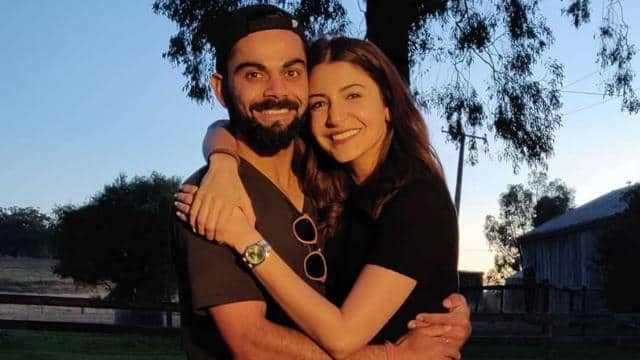 Captain Virat Kohli of the Indian cricket team is in Dubai for the IPL match these days. He is also accompanied by wife Anushka Sharma who is soon to become a mother. Last night, Virat Kohli celebrated his birthday. During this, Anushka Sharma also appeared with him. A video of this is also going viral on social media.

In the video, Virat can be seen cutting the cake. Anushka wishes him a birthday by feeding him cake. At the same time, Virat is seen kissing Anushka on her cheek and then doing her hag. In the video, Anushka Sharma is seen flaunting her baby bump. On the occasion of this celebration, Virat, who was captaining Royal Challengers Bangalore in IPL 2020, was also involved.

‘Jethalal’ was caught in controversy over saying ‘A crazy woman’ in ‘Tarak Mehta Ka Ooltah Chashmah’, Makers had to take this step

Let’s say that Virat is taking full care of Anushka during her pregnancy. Recently a video was revealed which was shared by the fan club of the two. In the video, Virat is in the ground with the players and from there, in a gesture, asks Anushka that he ate food? Virat’s fans loved Anushka in such a way.

Rajkummar Rao, walking in the lap of comedian Bharti Singh in ‘The Kapil Sharma Show’, will be laughing at the video

Talking about Anushka’s professional life, she was last seen in the film Zero. She was accompanied by Shah Rukh Khan and Katrina Kaif in the lead roles in the film. However, the film proved to be a flop. Anushka has not signed any film since this film.

LIC Aadhaar Shila: This policy is beneficial for women, get 4 lakh rupees daily from savings of Rs 29