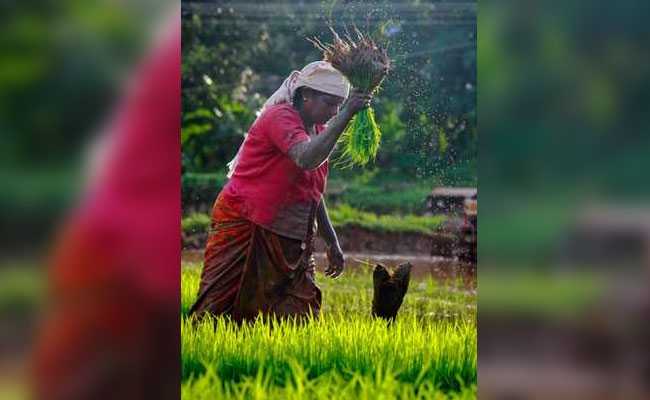 The government on Thursday launched a special campaign to enroll more and more farmers under the Pradhan Mantri Fasal Bima Yojana (PMFBY). The one-week campaign starting from July 1 will cover all the notified areas under the Kharif 2021 season, with special focus on 75 backward districts, where crop insurance penetration is low. Launched on January 13, 2016, PMFBY aims to provide comprehensive risk resolution (insurance) to farmers at the lowest uniform premium across the country.

Launching the special campaign, Agriculture Minister Narendra Singh Tomar said that so far 29.16 crore farmers have got their crops insured under PMFBY. He said that since the inception of the scheme, claims of more than Rs 95,000 crore have been paid to the farmers against the total premium of Rs 17,000 crore.
A government statement quoted the minister as saying that there is a need to expand this scheme in the country so that crop insurance coverage can be increased and more and more farmers can get its benefit.

Tomar urged the state governments and other stakeholders like banks and insurance companies to work together and reach out to the farmers in these 75 aspirational districts. He also urged the farmers to come forward and enjoy the benefits of crop insurance and become self-reliant in times of crisis. He also offered a PMFBY e-brochure, FAO booklet and a guidebook to assist farmers and on-ground coordinators to understand the scheme, its benefits and the process of crop insurance.

From getting enrolled under the scheme to claiming crop insurance under various circumstances, from grievance redressal and reporting crop loss – all will be explained to farmers through in-situ and digital initiatives. The campaign will also bring out the stories of the beneficiary farmers who have not only benefited from this scheme but have helped the entire farming community through their ideological-led leadership. Along with farmers of tribal areas and aspirational districts, this campaign will also connect women farmers.