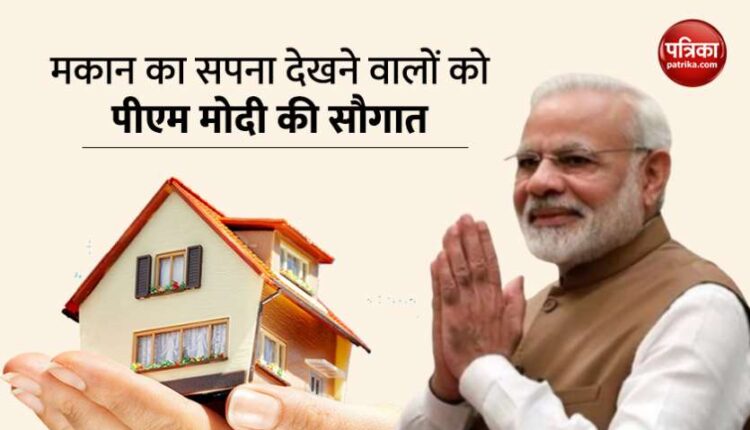 new Delhi. Everyone dreams of their home. To fulfill this dream of people living in urban areas where subsidy is given by the government. At the same time, people living in rural areas are given houses under Pradhan Mantri Awaas Yojana (Pradhan Mantri Awaas Yojana). In this connection, PM Narendra Modi (PM Narendra Modi) inaugurated 1.75 lakh houses in Madhya Pradesh. With this, the dream of houses of millions of families has been fulfilled. PM Modi congratulated the people for the entrance of the house and said that for them, the happiness of the entire festival, including Diwali, will be doubled.

PM Modi also spoke to three people who got home through video conferencing. He said that if there was no Corona era, he would be present among them, because he himself is like a member of his family. Hearing such things of the PM, the people there were filled with joy. The PM also stated that it takes an average of 125 days to build a house under the scheme (PMAY), but this difficult clock in the Corona period was used as an opportunity. As a result, the houses were built in 45 to 60 days.

Beneficiary’s permission to build a house according to their own
PM Modi said that in view of past experiences, the Pradhan Mantri Awas Yojana has been introduced in a completely new form. Emphasis is being laid on maintaining transparency from beneficiary selection to home entry. The beneficiary of the house should not feel that its quality is compromised or its design is not correct, so the beneficiary is allowed to see and decide these things. Their primary needs are being taken care of from materials to construction and home design. The beneficiary himself can supervise the construction work of his house.

Target to build 2 crore houses
Currently, 1.75 lakh houses have been constructed in 12,000 villages in Madhya Pradesh under the Pradhan Mantri Awas Yojana. 2 crore more houses are yet to be built under the scheme. The Prime Minister aims to complete these works by March 2022. This will put a roof over crores of people.

Great scheme of Post Office, know how you will get 14 lakh rupees in 5 years

Lakhpati can make you only 1000 rupees every month! Know how?