PM Kisan Samman Nidhi: When will the second installment of 2000 rupees come to the account of farmers, know here 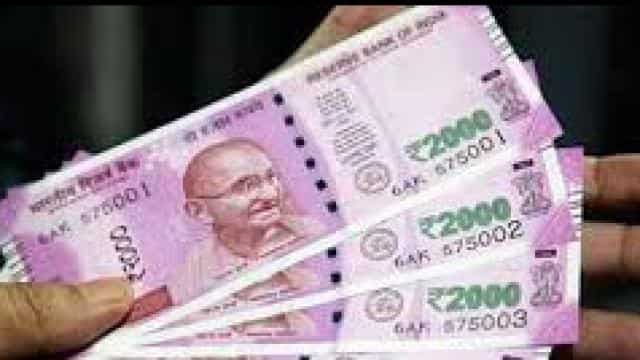 Under the PM Kisan Samman Nidhi Yojana, the Modi government gives Rs 6000 to farmers in three equal installments. Under this, 9 crore 83 lakh farmers have got the benefit of Rs 6000 subsidy scheme till June 8. During the lockdown, 2000 rupees have come to the farmers’ account as the fifth of the PM Kisan Scheme and the first installment of this financial year. The list of the sixth and second installment of this year is ready and will probably start coming from August 1.

The PMM Kisan Samman Nidhi scheme was launched by the Modi government on 24 February 2019 and it was affected only from 1 December 2018. Under this scheme, the government gives Rs 6000 in three installments to small farmers every year. The first installment comes from December 1 to March 31. The second installment is transferred directly from April 1 to July 31 and the third installment from August 1 to November 30 to the farmers’ account.

Under this scheme, there were several changes to the farmers for the installment of Rs 2000. For example, when the first installment was given, the Aadhaar number was not necessary at that time. Aadhaar number has been made mandatory with the second installment. However Assam, Meghalaya, Jammu and Kashmir are exempted from this.

If the installment is disconnected, will they get it back? Let us tell you the answers to all the questions related to this scheme ..

Question: If a farmer has not got the current installment, will he be able to recover the installment deducted after rectifying the mistakes? Will this installment also come to her account with the next installment?
answer: Yes, there will be compensation. The government has given its answer on the PM Farmer’s website, which can be seen on this link. (https://pmkisan.gov.in/Documents/RevisedFAQ.pdf)

It clearly states that if the name of a beneficiary is uploaded on the PM Farmer’s portal, but for some reason he does not get the installment of these 4 months, then due to that reason he will be sent to his account.
Question: If for some reason the name of the farmer is rejected by the government, then he will not be eligible?

Answer: There can be many reasons for delay in installment, such as giving wrong name, address or bank account information in registration. The installment which he has not received after rectifying it will also be sent to the account with the next installment.

Question: What to do if you want to keep yourself updated about PM Kisan Yojana?

Answer: If you want to keep yourself updated about the PM Kisan Yojana, then a link is also given. Through this link, you can go to the Google Play store and download the PM Kisan Mobile App.