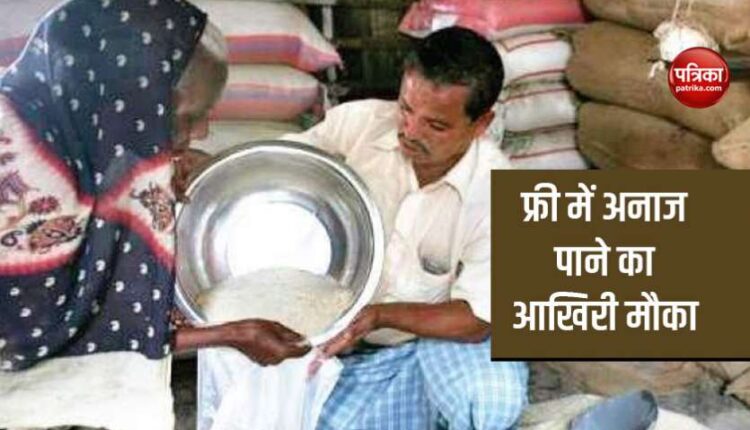 new Delhi. The One Nation One Ration Card Scheme was linked to the Prime Minister Garib Kalyan Yojana (PM Gareeb Kalyan Yojana) to ensure that the poor do not sleep hungry during the Corona epidemic. Under this, more than 80 crore ration card holders of the country were being given free food grains. But the plan date is going to end soon. In such a situation, till November 30, it is time to take 5 kg of wheat and rice per person. If you have not yet availed this facility, then link the ration card soon.

It is to be known that under the PM Garib Kalyan Yojana, five kg food grains (wheat or rice) are given free on the basis of the members registered on the ration card. Apart from this, one kg of gram dal per family is also given free of cost. The plan was earlier scheduled to end in June, but ten states had requested the Union Food and Public Distribution Ministry to extend the plan deadline. After this, the plan deadline was extended to November. In such a situation, the poor can now take advantage of this till Diwali and Chhath Puja.

Monitoring being done by the Ministry
A list has been made to identify migrant laborers and to make available ration to the poor at the right time. It has been prepared state-wise. Instructions have also been given to the Secretaries of Food and Consumer Affairs and CMD of FCI for this. It is being monitored by the Ministry to check whether the grain distribution has been implemented properly. For this, technology system is being used. It is said that under the One Nation One Ration Card, the government has spent Rs 3500 crore on the distribution of rations in the initial phase.

Pay attention to the pensioner! Submit the life certificate within a month, otherwise the pension will stop