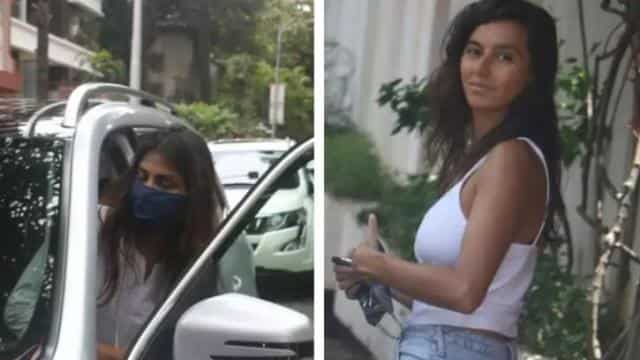 Bollywood actress Riya Chakraborty is in the news. Fans have been trolling Riya on social media ever since the death of roomy boyfriend Sushant Singh Rajpatu. They are being held responsible for Sushant’s death. Due to this, Riya Chakraborty recently closed her comment section on social media. Riya was spotted at the police station for questioning after attending Sushant’s funeral. In the interrogation which lasted for about nine to 10 hours, Riya talked about many things. Recently, Riya Chakraborty was spotted outside friend Shibani Dandekar’s house.

Actually, Riya Chakraborty went to meet Shibani at Farhan Akhtar’s house, where some pictures have been revealed. Riya Chakraborty is spotted out of the house after Sushant’s death. These pictures of Riya are becoming increasingly viral on social media. 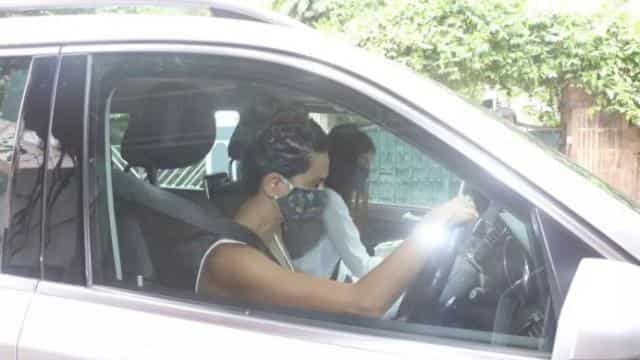 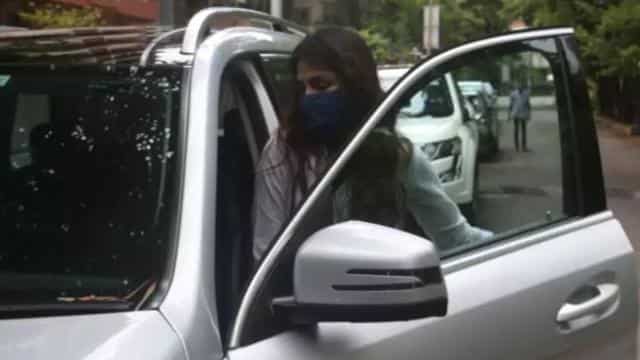 For information, let us know that during police interrogation, Riya told that she and Sushant were living together in a paint house at Carter Road, Khar. It was hired by Sushant along with his friend Siddharth Pitani. However, Riya left the house a few days before Sushant’s death. According to the report, Riya has also admitted that they had a fight a few days before Sushant’s death. However, both were connected to each other through messages and phones. Riya also showed the police the messages sent to each other after this fight.

Being an outsider, how did you survive in the Bollywood industry, know Sushmita Sen’s words

September 2019 Sushant started living in depression
Riya Chakraborty gave a statement to the police that the two were to get married in the month of November. Riya told the police that after completing the film ‘Dil Bechara’ in September 2019, the symptoms of depression started coming to Sushant. In the beginning, Sushant started ignoring her, but gradually the trouble started increasing. According to Riya, she herself took Sushant to the doctor. But Sushant was not taking medicines properly. Sometimes Sushant was completely silent, sometimes he had a different mood. Riya said that she took good care of her as long as she stayed with Sushant but at one point Sushant himself talked about being alone and sent me home.