Photo shared by Neetu Kapoor, wrote- I am back on the set after years, I am scared 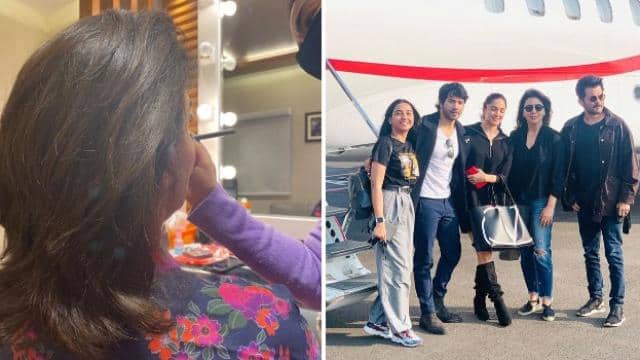 Bollywood actress Neetu Kapoor is all set for a comeback in the film. Recently he started shooting for the film Jug Jug Jio. He shared the photo of himself doing makeup on social media and gave it to the fans.

Neetu Kapoor is afraid to return to the set. He wrote, “I returned to the set after years. For the new beginnings and the magic of films, I feel your love and presence. From mother to Kapoor sir, Ranbir, everyone stayed with me. Now I have found myself in it. I’m a little scared, but I know you’re with me. ” Along with this, Neetu Kapoor has created a red heart emoji.

Let me tell you that a few days ago Neetu Kapoor shared a photo with the entire star cast of the film. He told that this is his first flight in Coronavirus time, with which he is leaving for a shoot with everyone. The film stars Kiara Advani, Anil Kapoor, Varun Dhawan and YouTuber Prajata Kohli in the lead roles.

On this post of Neetu Kapoor, daughter Riddhima Kapoor Sahni made many red heart emoji. Apart from this, Neetu Kapoor celebrated Diwali this time with the entire star cast. Alia Bhatt was in Mumbai with Ranbir. Both of them enjoyed Diwali celebrations together.