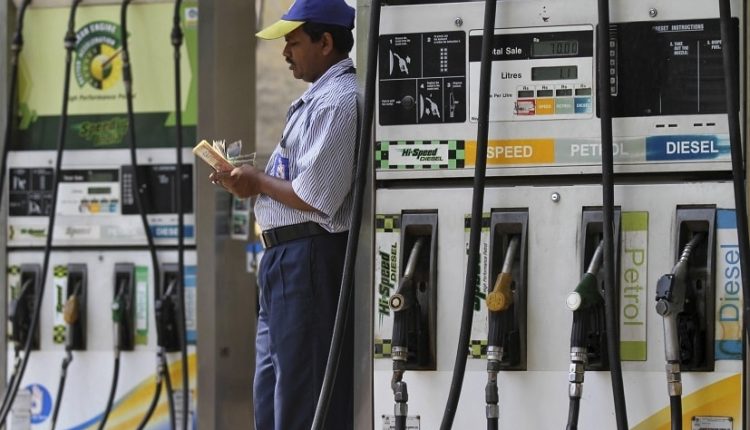 Petrol Diesel Prices Today: Petrol-diesel at record highs in all metro cities of the country.

Petrol-Diesel Prices Today: in country Petrol and diesel prices I am running at my record high level. There was peace in retail fuel prices with some cuts in March-April, but till now a total of 10 days oil prices have been increased in May and with this petrol and diesel are being sold at a record high price in all metro cities. Huh. There is no change in prices on Wednesday 19 May 2021. Earlier on Tuesday, the price of petrol was increased by 27 paise per liter and diesel by 29 paise.

What are the prices today

After yesterday’s increase, the price of petrol in Delhi is 92.85 rupees per liter. At the same time, diesel has become Rs 83.51 per liter.

How expensive fuel became in May

Let us know that since May 4, prices have increased 10 times so far, after which the price of petrol has increased by Rs 2.46 per liter and diesel by Rs 2.78 this month alone. Crude prices crossed their March level on Tuesday. For the first time since March 15, the price of Brent crude oil rose above $ 70 a barrel, after which there was an increase yesterday, but today there is peace.

After the increase of these 10 days, petrol has reached beyond 100 in many states of the country. In many cities of Rajasthan, Madhya Pradesh and Maharashtra, the prices had already crossed the 100 rupees limit and with yesterday’s increase, the price in Mumbai has also reached close to 100 rupees. A liter of petrol in Mumbai is now priced at Rs 99.14 and diesel at Rs 90.71 per liter.

Fuel prices differ from one state to another due to local taxes such as VAT and freight charges. Rajasthan imposes the highest value-added tax (VAT) on petrol in the country, followed by Madhya Pradesh and Maharashtra. The most expensive petrol and diesel in the country in Rajasthan’s Sriganganagar district is being sold at Rs 103.80 per liter and Rs 96.30 per liter respectively.

IT department has given relief to taxpayers, work related to income tax is stuck, then know what are the new deadlines