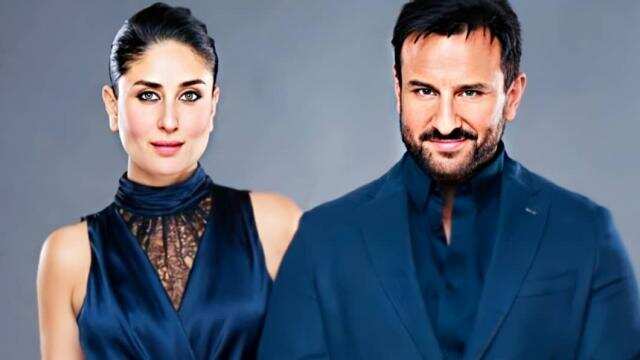 Saif Ali Khan and Kareena Kapoor are one of the popular couples in Bollywood. The two decided to get married after dating each other for a long time. Now both are enjoying their best life together. But before marrying Saif, many people tried to stop Kareena. He had said that Saif is the father of 2 children and a divorced person. It is not right to marry them.

Kareena made this disclosure last year in Karan Johar’s chat show Koffee with Karan. He had said, “When I was going to marry Saif, everybody said that he has two children.” They have been divorced. Do you really want to do this? He even said that my marriage would end after marrying him. I told him that love is a crime. Is it a crime to marry? Let’s do it. Let’s see what happens.

Recently, a video of Kareena and Saif has become increasingly viral on social media. The video is during the promotion of the film Kurbaan. Actually, during the interview, Saif was asked what Kareena does before sleeping. At first Saif gives a straight answer, prays. But then Kareena hints, I watch TV and Saif says yes Kareena watches TV. But then Saif further jokes a little, I cannot tell you what Kareena does before bedtime. While Kareena Sharma goes to hear Saif, the rest of the people start laughing out loud.

Himanshi Khurana was seen wearing a red bangle, the photo went viral on social media, the fans asked- Have you got married?