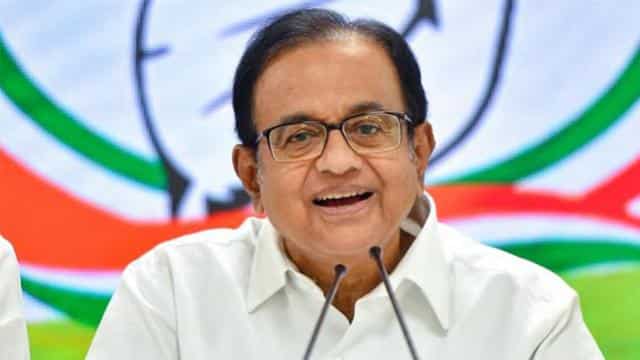 Senior Congress leader and former finance minister P Chidambaram is disappointed by the Narendra Modi government at the Center’s Rs 20 lakh crore economic package. He said that we expressed disappointment over this package, requesting the government to reconsider the stimulus package. Chidambaram said that we deeply regret that many sections have been left destitute in the fiscal stimulus package. Explain that Union Finance Minister Nirmala Sitharaman made several important announcements under this 20 lakh crore package for five consecutive days. The Congress has already termed this Center’s economic package as a hoax.

Government is being opportunistic

At the same time, P. Chidambaram criticized it and said that fiscal stimulus amounting to 0.91% of GDP is Rs. 1,86,650 crore. Given the severity of the economic crisis, it is completely inadequate. The government should declare a comprehensive fiscal stimulus of not less than Rs 10 lakh of actual additional expenditure equal to 10% of GDP. The government is being opportunistic in pushing reforms, it is bypassing the discussion in Parliament and will be opposed. While suggesting to the government, Chidambaram said that the central government should borrow more and spend more to give a boost to the economy.

Declared package of only 3.22 lakh crores

Let the Congress party claim that the package announced by the government is only 3.22 lakh crore rupees. This is just 1.6 per cent of GDP, while Prime Minister Narendra Modi declared twenty lakh crore rupees. Speaking to the media after the announcement of the last installment of the economic package by Finance Minister Nirmala Sitharaman, Congress leader Anand Sharma questioned the claims of the Finance Minister. He challenged the government and said that in case of figures, prove me wrong. For this I am ready to debate with the Finance Minister.

Welcoming the announcement of an increase of Rs. 40 thousand crore in the allocation of MNREGA, Anand Sharma demanded that the daily wages of the MNREGA be 300 rupees and 150 days work. Referring to the problems faced by the people due to the lockdown, he said that Jan Dhan accounts of women have deposited Rs 500 but only 21 per cent of women have accounts of Jan Dhan. In such a situation, the government should be given money to poor women through MNREGA. Anand Sharma said that the package that the government is referring to is not a package. It is not even ten percent of GDP.

What ended the dispute between Sunil Grover and Kapil Sharma, may soon be seen in the show