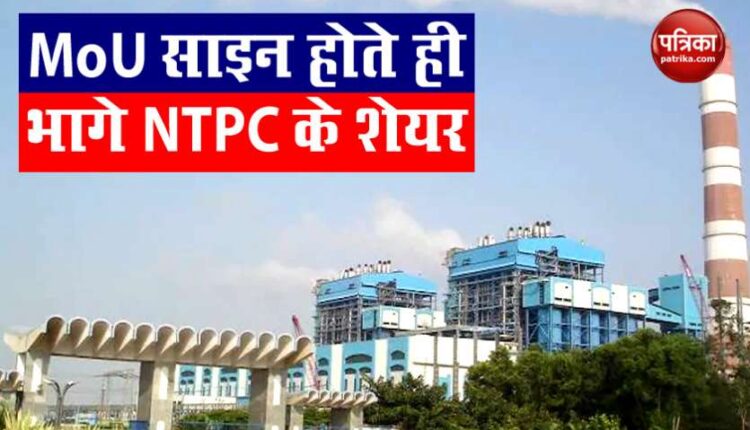 new Delhi. National Thermal Power Corporation Limited has tied up with L&T Hydrocarbon Engineering for a plan to make methanol gas from carbon dioxide. A plant will be set up at NTPC’s powerhouse to produce methanol gas. However, a plan is being made to plant this plant as an experiment. Under the agreement reached between the two companies, LTHE and NTPC MoU will cooperate in commercially advancing each other in this sector.

Also read: Petrol price increases drastically, know how much the price has become

L&T gave information
LTHE has signed MoUs with NTPC, as per the information given to the stock market by L&T. Under this, LTHE will set up a plant to produce methanol from CO2 in NTPC’s power house. According to Subramanian Sharma, L & T’s full-time director and senior executive vice-president (energy), setting up a CO2-to-methanol-making plant is an important step towards addressing India’s climate change challenges.

NTC shares rise
NTPC shares are gaining momentum in the stock market due to the agreement reached on Thursday. The company was worth Rs 94.50 when the market opened on Thursday. The company’s stock rose to Rs 101.85 and closed at Rs 101.15 during the trading session. The impact of tomorrow’s fast is also visible. Today the shares are seeing a gain of 3 percent. Share prices have reached Rs 104. Whereas the shares of the company opened at Rs 102 today.

Share prices have gone up by Rs 17 in this month
Talking about the month of August, NTPC shares have seen tremendous boom. When the business started on August 3, the company’s shares were around Rs 86.75, which has risen to Rs 104. That is, during this time, the company’s stock has seen a rise of about Rs 17. Investors have benefited greatly from investing in NTPC shares. Let us tell you that on 5 September 2019, the shares of the company reached a high of 52 weeks with Rs 129.55.