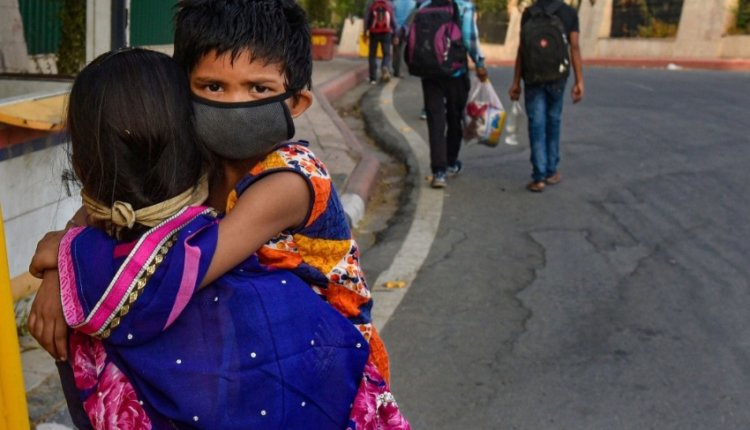 Trains will now run from Uttar Pradesh between the Corona crisis and lockdown. These trains will be exclusively for migrant laborers and run from Jhansi. Chief Minister Yogi Adityanath has said that they are going to run trains, so workers do not have to go home on foot. No one should return home and village by road.

This information was given by Additional Chief Secretary (Home) Avnish Kumar Awasthi. He said, “The Chief Minister orders that no one will walk to his destination. If someone reaches the border in this way, the concerned administration has been instructed to make arrangements for those people. Some buses are being arranged, while special trains will be run from Jhansi. These trains will go to districts like Varanasi, Prayagraj and Gorakhpur. ”

According to the official, “3.25 lakh employees have reached UP in the last four days by traveling by trains and buses. Of these, 2.2 lakh people have come to the state by 184 trains, while around 55 trains were to reach the state by Monday. ” He also said that about one lakh workers were allowed to enter the border.

He further said that till now (till the statement is given) special (labor) trains reached the state at 42 stations, of which the maximum number of trains came to Gorakhpur. There 28 trains arrived with about 28,334 migrant laborers, while 22 trains took laborers to Lucknow. Now further nine Jaunpur, 11 Prayagraj, seven Unnao and eight trains will go to Varanasi. The government has planned that 50 to 55 trains arrive in UP in a day.

Let us tell you that during a video conferencing discussion with Prime Minister Narendra Modi on Monday, CM Yogi admitted that it has been a big challenge to ensure that migrant laborers do not face any problem during the Corona period.

Now 100 labor trains will run daily- Railways: On Monday, the Railways said that in order to bring the migrant workers fast to their home state, now 100 ‘Shramik Special’ trains will run daily. The government said that since May 1, so far 513 such trains have been run which have reached more than six lakh migrant workers stranded in various states of the country due to lockdown.

Jahnavi Kapoor remembers mother Sridevi, shared the video and said – If you cannot go out in lockdown then refresh old memories