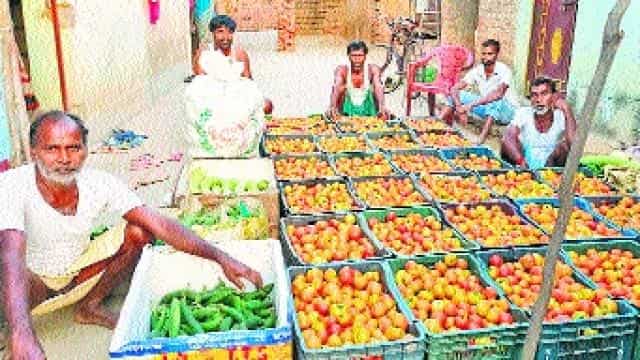 The Modi government has issued two ordinances related to agricultural reform. These ordinances are related to helping farmers in free trade and to get better price for their produce. According to an official statement, “The ordinances have been approved by the President of India for the goal of furthering farmers and rural India engaged in agriculture and allied activities.” The government notified the ‘Farmer Produce Trade and Commerce (Promotion and Facilitation) Ordinance 2020’. Its goal is to allow farmers to sell agricultural produce within the state and in other states in the market of their choice.

At the same time, another ordinance ‘Farmers’ (Empowerment and Security) Agreement on Price Assurance and Agricultural Services Ordinance-2020 will waive the agreement on pre-determined prices with processing units, wholesalers, large retail companies and exporters. Agriculture Minister Narendra Singh Tomar wrote a letter to all Chief Ministers on Friday asking them to cooperate in implementing these reforms successfully. He stressed the need for their continuous support in the development and growth of the agricultural sector in the environment of new reforms. The central government stressed that by giving farmers the option to sell produce in the market of their choice at a better price, the number of potential buyers will also increase.

Also read: Not getting installment of PM Kisan Samman Nidhi, this is the way to get it

According to the ‘Farmer Produce Trade and Commerce (Promotion and Facilitation) Ordinance 2020, any farmer or trader or electronic trade and transaction platform will have the option to sell farmer produce within the state or other states within the scope of the business. Barring agricultural produce organizations (FPOs) or agricultural cooperatives, no trader will be able to trade in any listed agricultural produce without PAN number or other fixed documents.

Payment must be made within a maximum of three business days

The merchant doing business with the farmer must pay the farmer the same day or within a maximum of three working days. A businessman who violates this provision will be fined a minimum of Rs 25,000 and a maximum of Rs five lakh. If the violation continues, there will be a provision for a fine of Rs 5,000 per day. The ordinance proposes to create an electronic trading platform. Any PAN cardholder or government-held document or FPO and cooperative organization can create such a platform. This platform can facilitate trade within the state of farmer produce fixed in one trade area or in other states.

Also read: Modi government selling gold at this price from June 8, only 5 days will get a chance

For this, there will be rules related to fair trade procedures. If any person or organization violates the provisions of the e-business platform, he will be fined a minimum of Rs 50,000 and a maximum of Rs 10 lakh. If the violation continues, then a fine of Rs 10,000 per day will be imposed.

Deals exempted from all charges

The ordinance also provides for the process of dispute settlement. Such disputes will be settled before the Sub-Divisional Magistrate and District Collector. They are excluded from civil courts. According to the ordinance, central or state government employees can also suspend an e-business platform for violating fair trade procedures. Any transaction outside the corporate mandis is exempted from all charges.

The Farmers’ (Empowerment and Security) Agreement on Price Assurance and Agricultural Services Ordinance-2020 permits farmers to enter into a written agreement for the supply of agricultural produce at a pre-determined price, but any farmer may make any Also the agricultural agreement will not be disrespectful to the right of the sharecroppers. The agreement must be of at least one crop season or one production cycle. This agreement can be for a maximum period of five years.

The sponsor will be responsible for the supply of agricultural produce

The central government will issue guidelines for the Model Agriculture Agreement to help farmers in writing agreements. The agreement should clearly specify the amount to be paid to the farmer for his produce. Also, any amount above the fixed price should also be mentioned. The ordinance states that the sponsor will be responsible for the supply of agricultural produce under the agreement, which he must do from the farmer’s field within a set time. The sponsor will examine the quality of agricultural produce as per the agreement. This agreement shall be exempt from any law of the States made for the regulation of the purchase and sale of produce.

Conciliation Board for Dispute Settlement

No farmer will be allowed to transfer, sell, lease or pledge the land and convert it for construction on the land. Farmer agreements can be linked to insurance and loan facilities under any scheme of the central or state governments. The agreement may be terminated or changed by mutual consent. State governments can provide any registration authority or e-registry system for this. The ordinance provides for the formation of a Conciliation Board for settlement of disputes, but no amount will be recovered in the name of the farmer or his land. These agreements have also been kept out of the purview of civil courts.

Madhuri Dixit and Amitabh Bachchan pair never made in films, will be shocked to know the reason