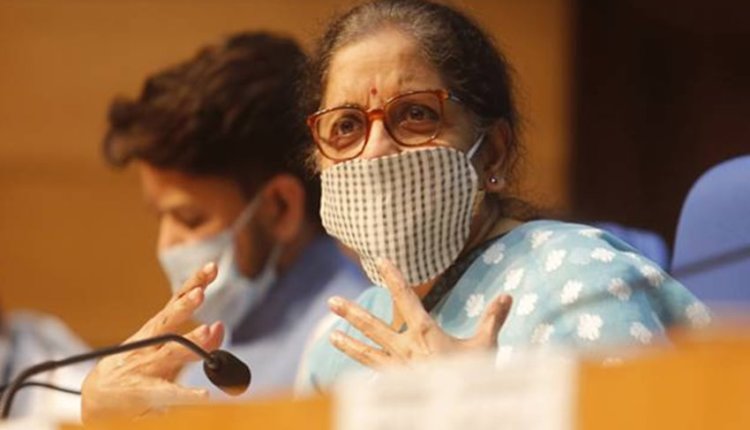 Nirmala sitharaman announcements: Finance Minister Nirmala Sitharaman on Wednesday presented details about the first installment of 5.94 lakh crore announced by PM Narendra Modi for a package of Rs 20 lakh crore. The government exchequer will have to bear only Rs 56,500 crore for the entire amount, including a lump sum package of Rs 3 lakh crore issued for the MSME sector. According to Business Today’s analysis, if the combined Rs 56,000 crore and Rs 1.7 lakh crore released in March, 70,000 crore spent by the government, then this amount would be Rs 1.26 lakh crore.

According to economic experts, the announcements made by the government will have the least impact on the exchequer because most of the announcements are related to credit guarantee. Any additional burden of this will be on the government only if there is some kind of default, which is not likely to happen right now. That is, it is an issue related to the future. Apart from this, the responsibility of default will be on the state governments.

Of the Rs 56,500 crore to be spent by the government, the share of Rs 50,000 crore is 25% reduction in the rates of TDS and TCS. Apart from this, Rs 4,000 crore has been allocated to help the debt-ridden MSME and from the Rs 2,500 crore government has decided to deposit the PF of the employees of small companies. Let us know that on Tuesday, we had informed in our report that out of the total package of Rs 20 lakh crore, the government is in a position to spend only 4.2 lakh crore rupees this year.

Earlier, on March 26, out of the Rs 1.7 lakh crore package announced by the government, only 70,000 crore rupees have been released from the government exchequer. The provision of spending of about 1 lakh crore rupees was already made in the budget. As for the PM Kisan Samman Nidhi Yojana, the installment was to be transferred in the second fortnight of April, but due to the Corona crisis, the government released the installment in the first week itself. The amount to be released under this scheme was already allocated in the budget. Apart from this, there was already allocation of budget for MNREGA scheme, only that extra amount will have to be given to the government, which has increased due to increase in wages.