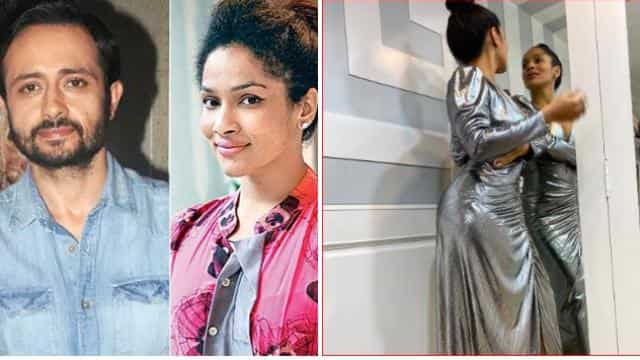 Nina Gupta’s only daughter Masaba is once again in the news. After the divorce last year, it is said that she has fallen in love again and the one whom she has given her heart to is none other than Satyadeep Mishra, the former husband of Aditi Rao Hydari. Recently, there was news that Masaba is living in quarantine in Goa with actor Satyadeep. In March, both of them had gone to Goa and they got stuck there due to the sudden lockdown. However both of them never accepted their relationship. But their latest photo has now proved that these two were actually spending their private time together in Goa.

Satyadeep Mishra has shared a picture of Masaba Gupta on his Instagram last day, in which she is seen working on a laptop. This photo of him is from a hotel room. In the photo, Masaba is seen in a white outfit. The actor has written ‘zoom out’ with it in the caption. With this photo, Satyadeep Mishra confirmed that both of us are happy and dating each other.

For your information, let us know that Masaba is one of the well-known designers of the country and married the film producer Madhu Mantena Verma in the year 2015. In 2018, the two decided to separate from each other and then in September (2019), the divorce was approved by the court. It is now being said that Masaba has fallen in love once again.

Interest will be waived on postponing EMI, know what RBI said in Supreme Court