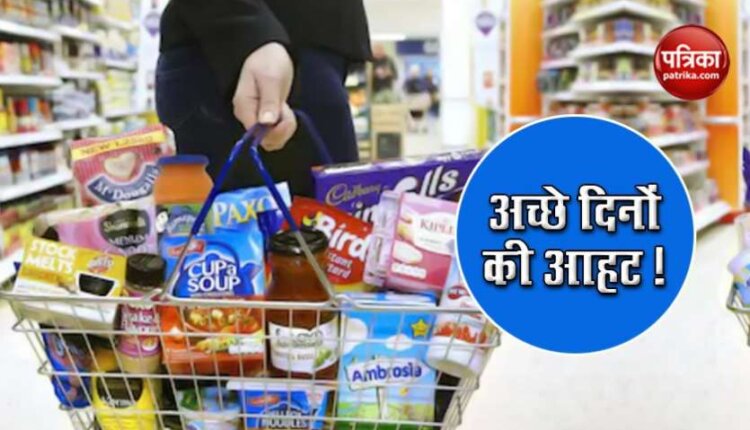 New Delhi: After a long time, the situation in the FMCG sector is seen to be changing, in the month of June, the fast moving consumer goods industry has seen a huge increase in demand. Nielsen) of South Asia Head Prasoon Basu. Basu says that at present the demand is being seen around the demand level (demand increased) before the coronavirus. Talking about the increase in demand in the FMCG sector, he said that both rural India and urban areas are seeing good growth, but the increase in demand in rural areas is more than urban areas. The increase in food category is 1 plus point, apart from this, beauty, health, hygiene are also giving good performance.

The point to note here is that the shopping index was 100 in March, it had increased to 75 in April-May. Which has increased again to 98 in June. The special thing is that the recovery in rural areas is much better than in urban areas. The rural areas have reached 84 points in April May and 109 points in June. Rather, it would not be wrong to say that the growth rate in rural areas was higher than in March. Whereas in urban areas it was 100 before Kovid, it decreased to 70 in April-May which increased to 94 in June. 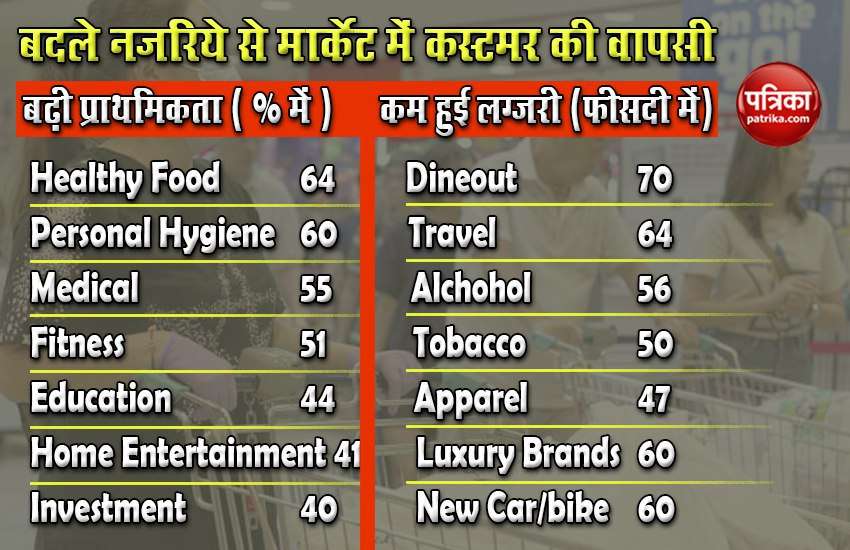 The Nielsen report claims that Unlock 1.0 has changed the way people spend. Corona has reduced the salary of people by 84%. Because of which people are being careful towards spending. As a result, there has been a significant decline in spending on things like Dineout and alcohol. You can see more information about this in the infograph above.

Those who used to go for local shopping up to 74 percent before Kovid is now 65 percent. Similarly, the rate of visiting the department store has also come down from 50 per cent to 24 straight.