Netflix offers: watch movies and web series for free without creating an account, know how 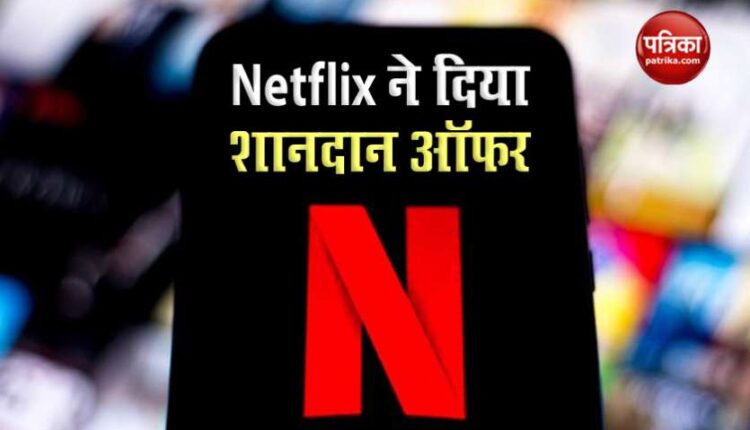 new Delhi. The OTT platform Netflix Offers has offered great offers by people who do not have an account. Now those people will also be able to watch movies and web series for free on Netflix. Users just have to go to netflix.com/in/watch-free and play a hit on that show or movie. The special thing is that this offer is available not just for India but for the whole world.

Free access worldwide
This offer will be available to people of countries around the world along with India. A list of this has also been released by Netflix, which will be available for free including India. For this, you have to play that film or series by going to netflix.com/in/watch-free. According to Netflix, users will be able to watch OTT’s original movies, TV shows on computers and Android phones.

Also read: Isha and Akash Ambani included in Fortune’s ’40 Under 40′ list, these two more youngsters also made a place

IOS users may not have access
At the same time, Netflix has said that users will be able to enjoy these shows for free through computers and Android phones. Also, you will not need to create an account in Netflix, but currently users using the iOS browser will not be able to do this. According to experts, Netflix is ​​offering such an offer to attract users. Also, they can decide whether they want to take the membership of Netflix or not.

PM Kisan Scheme: Government will release next installment in November, farmers will get 2-2 thousand rupees