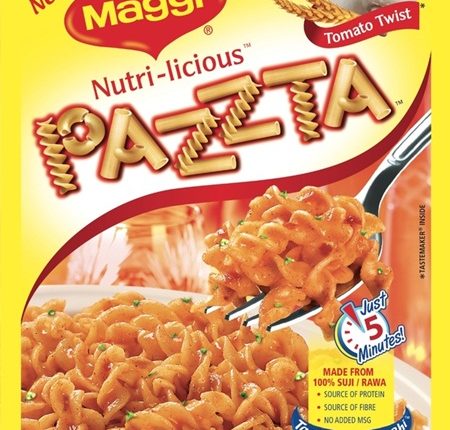 Nestlé’s Pasta, after undergoing laboratory tests, has been reported to contain lead in quantity much beyond the permissive limit. Just like Maggi noodles which was proved to be of a similar composition, Nestlé’s pasta is the latest target and has revealed lead in its content, according to a state government official. Nestle was not available at that time for discussion regarding the same.

Sriji Traders was the Nestle distributor from where Pasta samples were collected on the 10th of June and were sent to a Government food testing Lab in Lucknow as per the statement made by Arvind Yadav, designated officer at food and Drug Administration Mau.

He stated that “After Maggi, the sample of macaroni pasta was taken from Mau and sent to National Food Analysis Laboratory, Lucknow in which the lead was found to be much more that the permissible limit,”

Arvind Yadav also mentioned, “According to report received on September 2, they failed the tests. The standard limit is 2.5 PPM (parts per million) while it has been found to be 6 PPM. The letter informing the Nestle Company sent at its Modinagar address has come back here undelivered,” The officer also reported to the media, the letter that had returned undelivered.

Nestle Macaroni Pasta now falls under the category of ‘unsafe food’ according to him. A detailed report has also been sent across to the FDA commissioner, Lucknow, on 12th October, to seek sanction for lodging a case. Yadav added, “in case it is received it will be filed in the court of the CJM here,”

As an answer to various questions Yadav said, “It can also lead to banning the product.” “They (Nestle) were sent a letter over a month ago intimating them about the results. They had a month’s time to appeal against the test but the letter sent by the FDA was not received by the company and was returned here,”

Airtel to invest 60,000 crore rupees for network expansion and other services