Neha Kakkar remembers her old days when she saw a contestant, said – used to be nervous while performing on stage 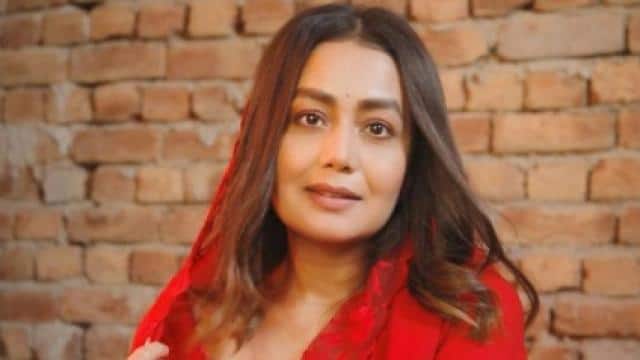 Neha Kakkar is appearing on the Indian Idol show these days. She is judging the show alongside Vishal Dadlani and Himesh Reshammiya. On Saturday’s episode, Contestant Anushka arrives, saying that she suffers from an environmental attack. Anushka sings and she stops being nervous while singing. Seeing Anushka’s condition, Neha says that this problem used to happen to her a lot.

Neha says, ‘My heart rate used to go up when I went on stage. I used to tremble, my voice also trembled. I used to think why this is happening. I’m trying to fix it. ‘

After this, Neha increases Anushka’s confidence. She says that you have to get over this fear of you.

Let me tell you that earlier during the press conference of this show, Neha was asked what is the experience of working after marriage? To this Neha said, ‘My life was very beautiful even before, but now after marriage it has become more beautiful.’ Neha said that when your partner is a good person, supportive and understanding, then your life becomes better.

Neha further said, ‘Rohanpreet is a good partner. I am very happy with her and wish that Mata Rani and Waheguru always keep us happy. ‘

Both Neha and Rohanpreet came together for the song ‘Nehu the Vyah’. Both met for the first time then. Rohanpreet Singh said about the first meeting that he did not know that the song Neha has written will be true for both of them in real life.

Rohanpreet had said, ‘We both met each other for the first time on the set of the song Nehu the Vyah. I did not know how Neha wrote the lines of the song. And, didn’t even know that these lines would one day come true in our real life. This song changed my life for good. ‘

Diljit Dosanjh reached Singhu border to support farmers, said- the whole country is with you