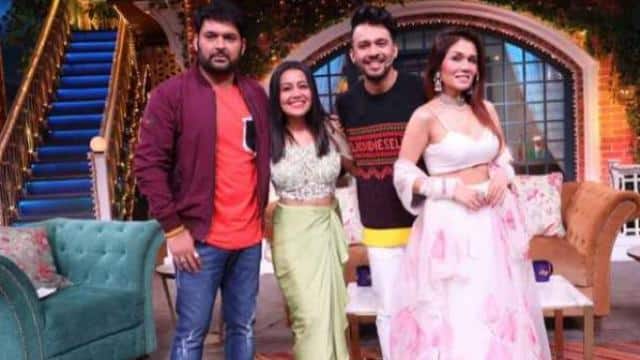 Comedian Kapil Sharma is very active on social media. The lockdown was a time in which celebrities, from the celebrities to the common man, recalled their old memories. Spend time looking at photos and videos. In such a situation, Kapil Sharma took advantage of this opportunity to entertain the fans. Kapil recently shared years old photos with Neha Kakkar. This photo is from the early Bollywood career of both.

While sharing the photo, Kapil Sharma wrote that identify who these two children are. This was the time when we were all enjoying and blossoming together. Neha Kakkar’s response to this photo was funny. Neha called Kapil Sharma brother. Neha wrote brother, this is it….

Let us tell you that Kapil Sharma and Neha Kakkar started their careers in the TV industry almost simultaneously. Neha auditioned for Indian Idol in 2006. At the same time, Kapil Sharma tried his luck in comedy in the year 2007 in ‘The Great Indian Laughter Challenge’.

In today’s time, both of them have strong fan following. While Kapil Sharma has won the hearts of fans as the king of comedy, the fans of Neha Kakkar’s voice are convincing.

Let us know that the shooting of the Kapil Sharma show is going to start soon. Shooting will begin from mid-July. The first guest will be Sonu Sood, who was the real hero during the lockdown. Along with this, many more celebs will also be included in the first episode.