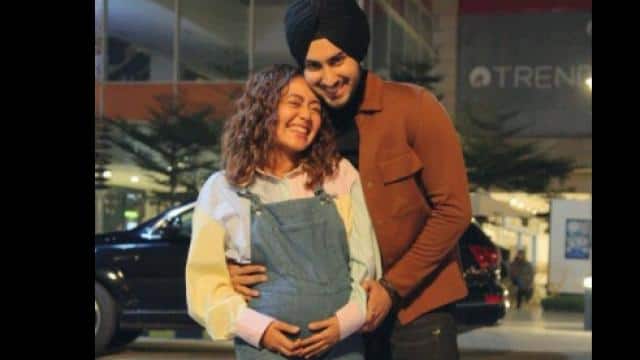 Bollywood singer Neha Kakkar recently shared a photo of her with husband Rohanpreet Singh. This photo caught everyone’s attention as Neha appeared with baby bump. People felt that she was pregnant, so she started getting congratulations. But now Neha said that she is not pregnant but that photo is the look of her new music video.

Neha Kakkar has shared the poster of the music video on her Instagram account, in which she is seen flaunting baby bump. The title of the video song is ‘Khayal rahaya kar’. This song will be released on December 22. Neha will also be seen in the video along with husband Rohanpreet Singh. The couple first worked together in Nehu Da Vyah Video Song.

Remo D’Souza arrived home after being discharged from the hospital, something like this was welcomed

Aditya Narayan asked Neha Kakkar for not attending the wedding.

Neha says that things had started between us since then. During this, Kapil Sharma asked Rohanpreet that what would you have done if Neha had refused to tell you ID. To which Rohan said whatsapp cad. To which Kapil laughs, saying that the man was already ready. Neha says that Sonu Didi and Jiju already loved Rohan. They call Rohan the ‘sona chieftain’. I told him that when you already liked him, he would tell you why he got so much weight.

Neha told that Rohanpreet told me that he likes me. But I said that look, now I want to get married directly. I am married now, so I do not have to marry now. Neha says that then Rohanpreet said that I am not married yet, how to get married now. So after that both of them stopped. Neha further said, “Then suddenly one day Rohanpreet called and said that Neha I can’t live without you and want to get married. Rohan was having a drink at that time, so I thought he would be saying this, he will forget till tomorrow morning. But then the next day they again asked for marriage. So I said, meet your mother and talk about marriage. ”

Invest in this scheme, golden opportunity to save 23 million by saving 160 daily

Aditya Narayan asked Neha Kakkar for not attending the wedding.