Neha Dhupia, who came out of the house after 80 days, said- Feeling freedom, but also feeling scared 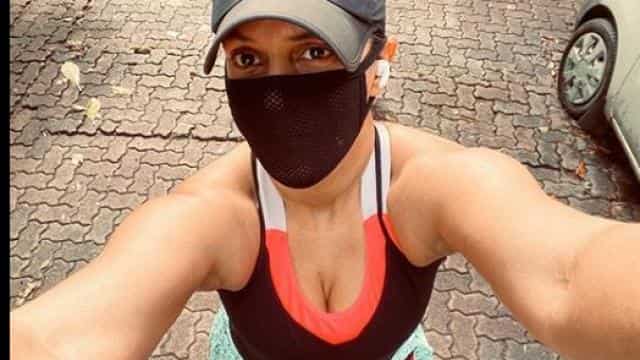 After the relaxation of the lockdown, the common man to the celebs are leaving their homes. However, the government has asked to take necessary precautions regarding security. Meanwhile, Bollywood actress Neha Dhupia has come out of the house after almost two and a half months. Along with this, she told how she felt after exiting the lockdown. Neha has posted some of her photos on social media.

Neha has shared her selfie photos on Instagram account, in which she is seen wearing a mask. With this, Neha shared her exit experience. He wrote in the caption, “After about 80 days, I got out of the house to run today. During this time there was a feeling of freedom and fear. Freedom because I was out of the house and breathing in the open air, an air that I have never felt before in my city. Freedom because I was able to feel a little drizzle on my shoulders and a song was playing in my ears. ”

Taapsee Pannu said – never made tea, now you have to cook in lockdown

“Freedom because my feet wanted to take me on any path near the house until they were tired.” This freedom is also strange because I wore a mask and kept a safe distance from everyone. I was feeling scared because people were outside, they were not wearing masks. Although I reminded him of this from a distance. Was scared because the soul of Mumbai was missing somewhere. I was not able to feel safe like I used to do before. Feeling scared because things are going back to normal again, will she ever be able to return to normal? ”

Demand to arrest Swara Bhaskar on Twitter, React to actress