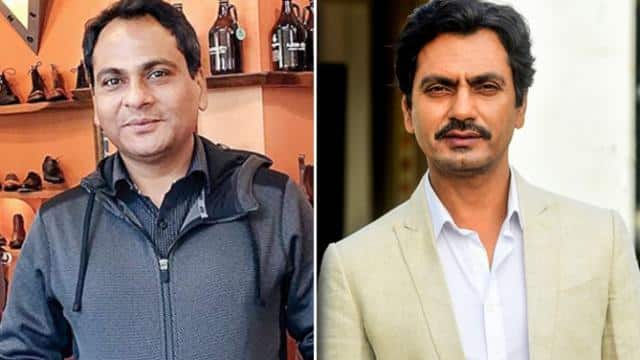 Bollywood actor Sushant Singh Rajput case has taken a new turn on 28 July. Actor’s father KK Singh has lodged an FIR against Riya Chakraborty and his family members at Rajivnagar police station in Patna. Many celebs have given their response in this matter. Meanwhile, Shamas Nawab Siddiqui, brother of Nawazuddin Siddiqui, has made a tweet about Riya Chakraborty, who is said to have targeted her sister-in-law in gestures.

Shamas Nawab Siddiqui wrote on his Twitter account, “There are a lot of people like Riya Chakraborty here, who want to change the hard work and dignity of people by blackmailing them. Want to grab money and everything. Whether that blackmail is done personally or through the media and Twitter. “Apart from this, he has said in another tweet that I personally feel that masterminds are behind them all.

A lot of here #rehachakraborty Like there are people who want to blackmail and throw money on people’s hard work and honor and want to grab money and everything.
Whether it is blackmail personally or through media and twitter.

It is known that tension has been going on between Nawazuddin Siddiqui and his wife Alia for a long time. Both are fiercely accused of each other. The dispute between the two began in the month of May, when Nawaz’s wife demanded him for divorce and even sent a legal notice. During this dispute, Alia changed her name to the old name Anjali Pandey.

I personally feel that Mastermind is behind all this #rehachakraborty #SushantDeathMystery https://t.co/a2tlcxxlZR

Significantly, Sushant’s father has alleged in his complaint, ‘Riya, her family members and support staff cheated and cheated my son under a conspiracy. He was held hostage for a long time and used it to pressure him for his financial gain and eventually forced my son to commit suicide ‘.

He has said in his complaint, ‘My son Sushant had no mental problem before 2019. After coming in contact with Riya, what happened is that she faced such problem, it should be investigated.

Coronavirus breaks thousands of crores of losses from Airlines industry, from Indigo to SpiceJet