NASA Kepler Mission – On a way to find an Earth 2.0 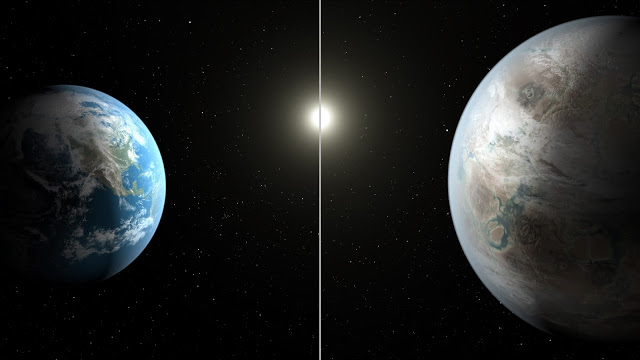 NASA’s Kepler Mission attained a landmark in the expedition to find another Earth after the discovery of the first identical planet Kepler-452b in the habitable zone revolving around the sun like star. It is tagged as the “closest cousin of earth and sun”. Also, 11 other small planets in the habitable zone have also been discovered.

The habitable zone is a region around a star where a planet can store water and support life on its system. Kepler-452b is the smallest planet found orbiting in the habitable zone of a G2-type star, similar to the sun. It has 60 percent larger diameter as compared to earth. The planet orbits for 385 days and is 5 percent far from Kepler-452, its parent star.

“On the 20th anniversary year of the discovery that proved other Suns host planets, the Kepler exoplanet explorer has discovered a planet and star which most closely resemble the Earth and our Sun,” said John Grunsfeld, associate administrator for NASA’s Science Mission Directorate in a press release. “This exciting result brings us one step closer to finding an Earth 2.0.”
Including Kepler-452b, the total number of planets counts to 1030. Considering the size of the planet, it is believed to be rocky.

Kepler-452 is 6 billion years old. It is 1.5 billion years older than the sun. Almost of similar temperature, it is 20 percent brighter than the sun. Its diameter is also 10 percent larger. This system is 1400 light-years away in the constellation Cygnus.
“We can think of Kepler-452b as an older, bigger cousin to Earth, providing an opportunity to understand and reflect upon Earth’s evolving environment,” said Jon Jenkins, Kepler data analysis lead at NASA’s Ames Research Center in Moffett Field, California, who led the team that discovered Kepler-452b.

In case you have missed, the Kepler Space Telescope was launched six years ago to examine the Milky Way to find planets identical to earth.

Jeff Coughlin, Kepler scientist at the SETI Institute in Mountain View, California, who led the analysis of a new candidate catalog, told, “We’ve been able to fully automate our process of identifying planet candidates, which means we can finally assess every transit signal in the entire Kepler dataset quickly and uniformly.”

“This gives astronomers a statistically sound population of planet candidates to accurately determine the number of small, possibly rocky planets like Earth in our Milky Way galaxy,” he further added.