‘Nagin’ fame Anita Hasanandani said- If you have a son, you will keep this name 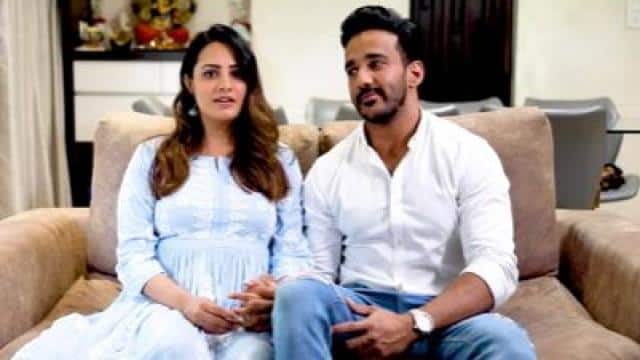 TV serial ‘Naagin’ fame actress Anita Hasanandani recently talked about Baby Boy’s name. They say that if there is a son, she will name him Ravi. Rohit Reddy also agreed to this name.

Actually, in an interview with Mumbai Mirror, Anita says, “I only want to spend this time with my family, because this time will not come back.” If we have a son, we have also decided the name for him. We will name the son Ravi, this was Rohit’s father’s name. Rohit’s father was hospitalized only a few days after the news of pregnancy. He died a few days later. Rohit believes that his father is coming back as a child. If we have a son, we will name him Ravi. “

Anita says that the whole team of ‘Nagim 4’ was very supportive of me. When the production team came to know about pregnancy, they took care that I do not talk to anyone more and most of the scenes are my solos. He took great care of my situation during the time of Corona.

Let me tell you that earlier Anita had expressed her opinion about becoming a mother at the age of 39. He told that age is just a number and it does not matter to them. Anita also says that people told her that there are problems in becoming a mother at this age, but according to the actress, what is written in Naseeb is the same.
In fact, in an interview to E-Times, Anita said about being pregnant at this age, “Never in my mind did age matter. Many people told me that it would be very difficult, but as soon as I conceived naturally, I realized that age is just a number. ”

Anita told that you should just be mentally and physically fit. What is written in luck is the same. Today I and Rohit are mentally and financially settled, so we agreed to have a baby. At present, the situation of Kovid is quite serious, but if God has planned something for you, then everything will be good. Just you stay calm. Everything will happen easily.

User spoke to Divyanka Tripathi, learn to live without make-up and AC, the actress said – don’t be the hero Uncle