Mysterious Facts about the Duo: Charon and Pluto 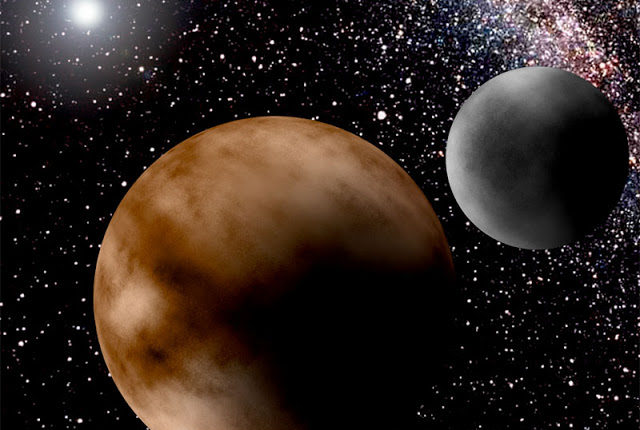 Space science and studies on newer celestial bodies are always exciting. This Tuesday will certainly be marked in the space files as NASA takes a leap by scheduling to carefully pass Pluto, as close as never before. With this much-awaited visit, more information regarding the dwarf planet and its moons will be revealed. Better and newer images are sure to add to our understanding of the former member of our solar system. NASA happened to release a new set of images of its largest moon, Charon, which could be the world more interesting than its mother planet itself.

There are a couple of mysterious facts about the duo, Charon and Pluto. Charon is about half the size of Pluto and the duo spin simultaneously around a fixed point unlike the evolution of our moon round the earth. They are considered more as a binary planet system in the universe. Both Pluto and Charon are considered as Kuiper belt objects, which are defined as those objects that were formed in the very beginning during the formation of the solar system and have been maintained freezing ever since then.

There is every chance that these objects could carry pristine elements that or samples that help understanding the birth of the solar system or even the universe. But Pluto has managed to be an active participant in the solar system and is thus considered to have lost its pristine nature while its buddy, Charon seems to have retained it so far.

Latest images have revealed that the craters on Charon are innumerable and prominent with a comparison to Pluto. This could be mainly due to the traffic in the Kuiper belt region which is composed of trillions of comets. These craters depict direct records of ancient impacts than those seen on the dwarf planet. The latest image so far reveals a chasm that could be a few more miles deeper as well as longer than the Grand Canyon. The largest crater is seen to be 60 miles across, and a floor that is much darker than he surroundings, meaning to say that the area is much deeper and the ice exposed to the impact is of a different composition altogether.

A dark polar region which stretches for about 200 miles has to be targeted to understand how different this moon could be from the rest of them. William McKinnon, Deputy Lead scientist with New Horizon’s Geology and Geophysics investigation team, exclaimed that this is so far the best clear evidence of surface disruption and faulting on Charon. He also says that Charon is no more a mere ball of ice to space investigators, but sure is a primary source for studying abundant geological activity that occurs in space on surrounding objects as well as inter-celestial motion.

SpiceJet offers Ticket at Re.1