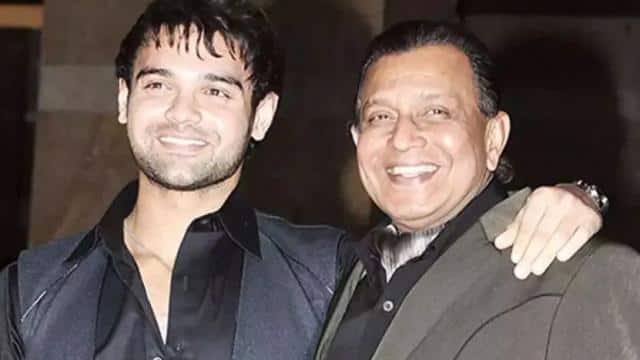 A woman has lodged an FIR at Mumbai’s Oshiwara police station against Yogita Bali, wife of Bollywood veteran actor Mithun Chakraborty and son Mahaakshaya. The victim has accused Mahaakshay of rape, forced abortion and cheating. At the same time, the woman has filed a complaint accusing Yogita Bali.

An official said that the victim has stated in her complaint that she was in a relationship with Mahaakshay Chakraborty from 2015 to 2018. During that time he promised to marry me. She further added that once she had gone to see Mahaakshaya’s plat in Adarsh ​​Nagar in Andheri West, which she had bought in the year 2015. When she went there, Mahaakshay mixed drugs in soft drinks and forced to have a tremendous physical relationship with her.

Mumbai: FIR registered against wife and son of actor Mithun Chakraborty – Yogeeta Bali and Mahaakshay – at Oshiwara Police Station over allegations of rape, forced abortion and cheating by a model.

She further stated that the victim alleged that she had become pregnant. Mahaakshaya asks her to have an abortion. For this he also gave them puppies. She often asked Mahaakshay about her marriage, but in January 2018 she said that he could not marry her, after which there was an argument between the two. The victim said that her mother Yogita Bali threatened her when she called Mahaakshaya.

The complainant then moved to Delhi to live with her family. He filed a complaint against Mahaakshaya and his mother Yogita Bali at Begumpur Police Station on June, 2018. Police had registered a case under 376, 313 and other sections. The investigation was handed over to the Crime Branch. Later, a court in Delhi granted anticipatory bail to Mahaakshaya and her mother in this case.

The officer further said that in March 2020, the Delhi High Court asked the woman to lodge a complaint at the place where the incident took place. The woman then lodged a complaint with the Oshiwara police station in July this year. A case has been registered under sections 376, 376 (2) (n), 328, 417, 506 and 34 of IPC. He said that investigation has been started in this case.

Now even after booking the gas, the hawker will not get the cylinder, will have to give the code

Festive season: do the shopping desired in these ways, budget will not deteriorate and big savings will be made