Maruti Suzuki sold more than 250 cars every hour in October 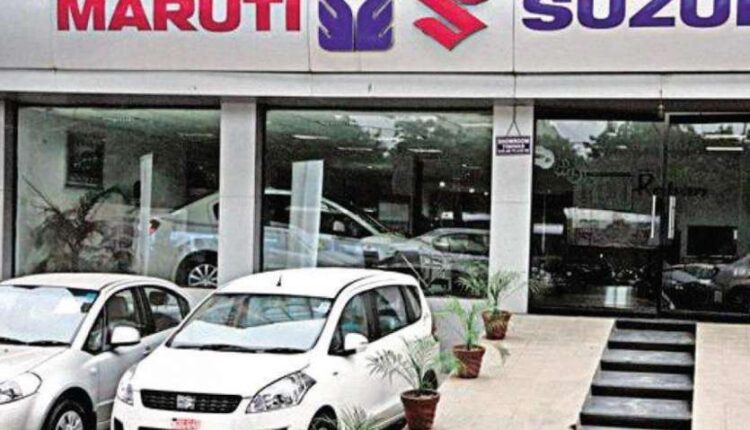 new Delhi. The auto sector figures have started to improve after the lockdown. There is a good increase in the sales of automobiles of auto companies in the last few months. If you talk about Maruti Suzuki India, then in the month of October, you have sold more than 250 cars every hour. While this figure was less in the same month last year. According to experts, the figure for November in the month of December is expected to be even better. The reason for this is the reason for festive churn and the offers given by auto companies. Let us also tell you what kind of figures have been revealed by Maruti Suzuki in the coming days.

Figures released by Maruti Suzuki
Maruti Suzuki India reported 18.9 per cent growth in its total sales in the month of October. The company sold 1,82,448 units in October last month, compared to 1,53,435 units in October last year. The company’s domestic sales, including sales of other Original Equipment Manufacturers (OEMs), were 1,72,862 units, up 19.8 percent year-on-year. Maruti Suzuki sold 1,63,656 passenger vehicles in the country in October, up 17.6 percent.

Also read: Economic data from US Presidential election will decide the direction of the stock market

Cars in this segment were also sold
Although the mini segment cars, including the Alto and S-Preso, saw a decline of 0.3 per cent in sales to 28,462 units, sales in the compact segment rose 26.6 per cent to 95,067 units. Models in Maruti’s compact segment include WagonR, Swift, Celerio, Ignis, Baleno, Dzire and Tour S. Sales of its light commercial vehicle Super Carry also rose 30.5 per cent to 3,169 units last month. The company’s exports also improved in October. It sold 9,586 vehicles overseas, up 4.7 per cent year-on-year.