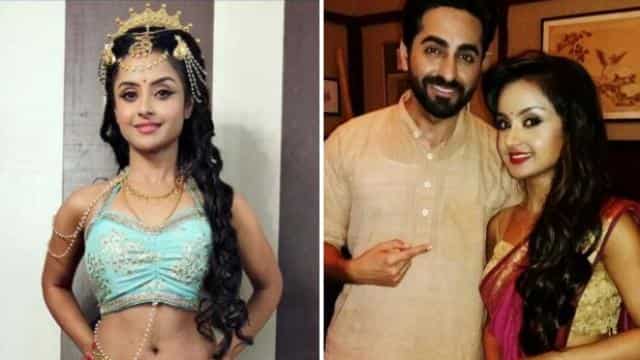 Bollywood celebs are under house arrest due to lockdown. However, the Maharashtra government has given the permission to start shooting by releasing the headlines. But seniors and children will not be able to do anything like that right now. Actress Ishita Ganguly, who plays Maa Kali in the show ‘Jag Janani Maa Vaishno Devi’, is at home these days. And reliving old memories. Meanwhile, he also recalled Ayushmann Khurrana’s film Meri Pyari Bindu, in which he played a small role alongside Ayushmann.

He says that the film ‘Meri Pyaari Bindu’ and Ayushmann will always be memorable for me. I made my debut for the first time through this film with the Yash Raj banner. I have learned a lot from him as an artist. His acting in every film seems as if the character was made for him only.

Ishita further said that I still remember her. I had only two scenes in this film. Yet when he sat on the set with all of us, he used to share many stories of his life. I have learned from them that no matter how big you become a star, but always support your juniors, your stars.

When Akshay Kumar wanted to go on a date with mother-in-law Dimple Kapadia, the actress thought she was gay

Let me tell you that when Ishita was 13, she did her first show. He worked fiercely as a child artist in Kolkata. As soon as he reached the age of 16, he got a chance to play the lead character in a Bengali serial. After this, she continued to work in many Bengali serials in Kolkata itself. Meanwhile, he got opportunities to work in short films as well.

Corona virus epidemic may return, the biggest recession in America after 1946